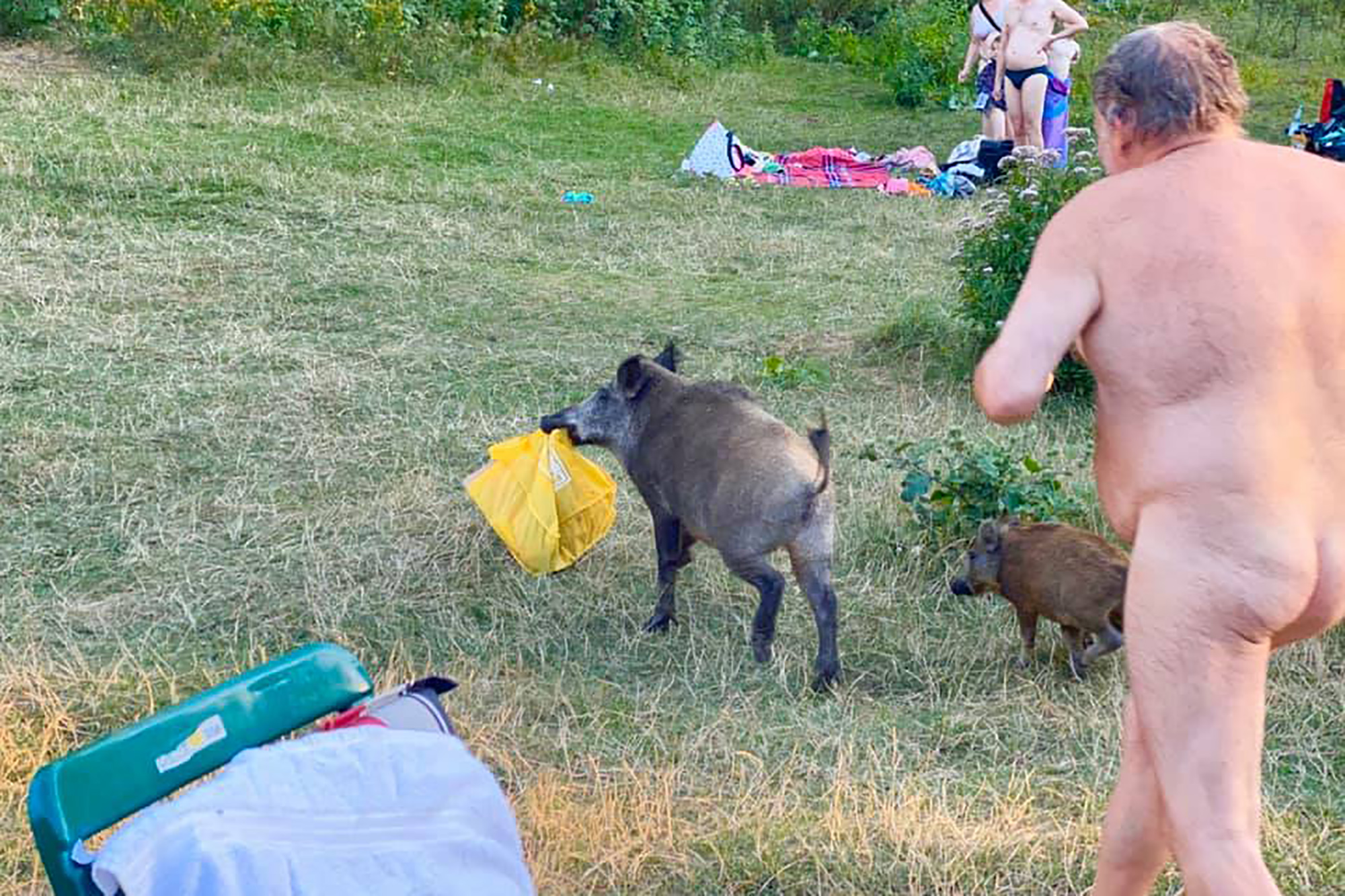 A spunky sow who made off with a nudist’s laptop could face an early demise because the locals are getting scared by the skyrocketing number of swine skirmishes.

The mom boar, accompanied by her two little ones in a video that went viral, would be killed, reported DW, an international news website.

Wild boars usually stay to themselves but can’t seem to help bumping into humans who are spending more time outdoors because of the coronavirus pandemic. Katja Kammer, head of the Grunewald forestry commission, told public broadcaster rbb24, according to DW.

The persevering pig and her piglets, and the crowd they run with, are also attracted to the forest’s Teufelssee lake because of the heat and what Kammer described as “the huge amount” of littler left by swimmers.

Once wild boars pick a place they like, they won’t leave on their own. “Fortunately, there have not yet been any serious clashes between wild boars at Teufelssee.”

Still, the sow might have a hog’s hope of surviving for a few reasons.

Under the law, moms with piglets under 6 months old can’t be shot, and hunters can’t fire shots near the lake with so many swimmers around.

And internet stardom just might save the pig’s bacon.