Tributes have poured in for pioneering sports journalist Vikki Orvice after she lost her long battle with cancer.

Orvice, 56, was a trailblazer for female sports journalists, inspiring many into the profession after becoming the first female football writer appointment by a tabloid in 1995. 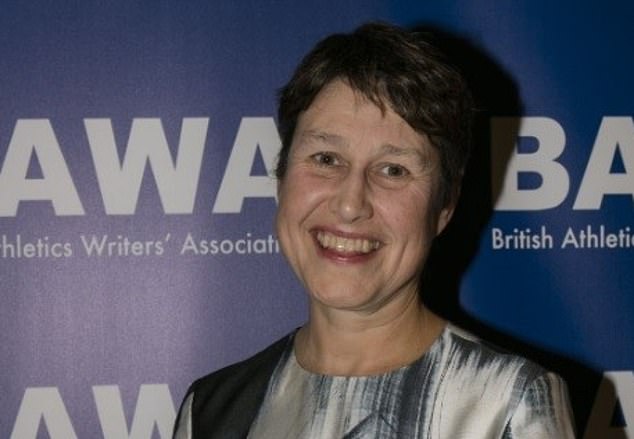 She later became the paper’s athletics correspondent, performing the role with distinction for 16 years. Before The Sun, she had worked at the Daily Mail as a sports and news reporter.

Her husband Ian Ridley tweeted the sad news on Wednesday morning, writing: ‘My beloved, bright, brilliant wife Vikki Orvice passed away at 5am, able to defy the cancer no longer.

‘I am bereft, empty, but grateful for her life and her love. Those who feel the breath of sadness, sit down next to me.’

My beloved, bright, brilliant wife Vikki Orvice passed away at 5am, able to defy the cancer no longer. I am bereft, empty, but grateful for her life and her love. Those who feel the breath of sadness, sit down next to me. 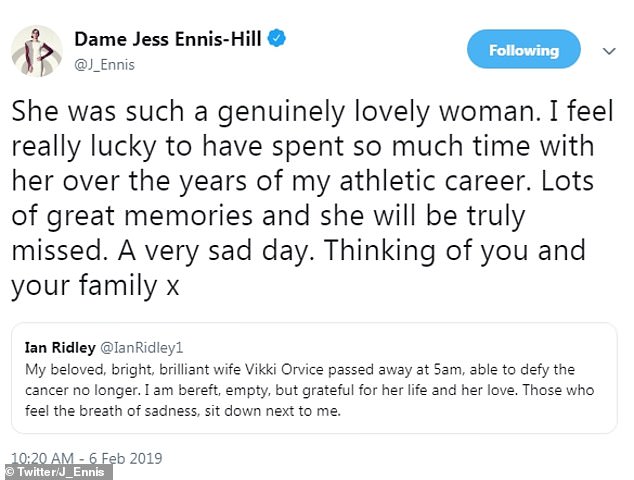 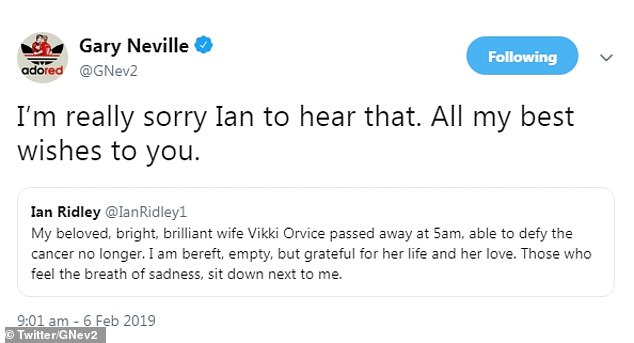 Tributes poured in, including one from Neville, who wrote: ‘I’m really sorry Ian to hear that. All my best wishes to you.’

Olympic champion Dame Jessica Ennis-Hill wrote: ‘She was such a genuinely lovely woman. I feel really lucky to have spent so much time with her over the years of my athletic career.

‘Lots of great memories and she will be truly missed. A very sad day. Thinking of you and your family x’

‘Lived her life with integrity and courage, always thinking of others and treading her own path.’

Broadcaster Gabby Logan wrote: ‘So sorry Ian. Vikki was a pioneer for so many of us now following in her footsteps.’

Fellow journalist Jacqui Oatley wrote: ‘Devastated that our special WiF @vikkiorvice has been taken by cancer. She was a driving force for a change in football culture.

‘Spent countless hours/days making a practical difference via @WomeninFootball and @theofficialFWA to forge a pathway for the next generation.’

We are devastated to learn of the passing of our dear friend and colleague Vikki Orvice. Vikki was a brave, brilliant and extraordinary lady who passionately championed women in football. We will miss her dreadfully, and will continue to stand up for all she believed in. pic.twitter.com/DNQHOS2q9K 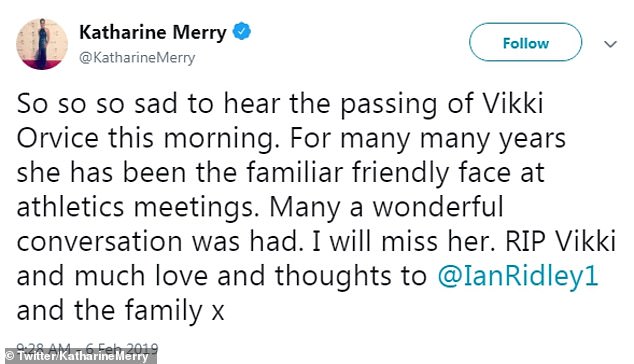 Orvice covered athletics for The Sun for 16 years and British former runner Katharine Merry tweeted: ‘So so so sad to hear the passing of Vikki Orvice this morning.

‘For many many years she has been the familiar friendly face at athletics meetings. Many a wonderful conversation was had. I will miss her.’

Team GB sprinter Darren Campbell wrote: ‘Heart broken to hear the sad news this morning. Fantastic lady and journalist. My thoughts go out to her loved ones.’