The Amed Post
Home Health Thousands of Covid-19 deaths 'to be wiped off the government's official toll'...

Thousands of coronavirus deaths are going to be wiped from the government’s official count, it was claimed today.

Health Secretary Matt Hancock last month ordered an urgent review into how daily death counts are calculated in England because of a ‘statistical flaw’.

Academics found a glitch in Public Health England’s methods that meant ministers counted victims as anyone who died after ever testing positive for Covid-19 – even if they were hit by a bus after beating the disease months later.

It would’ve meant that, technically, no-one could ever recover from the virus and all 265,000 of the country’s confirmed patients would eventually have had their deaths attributed to the disease. 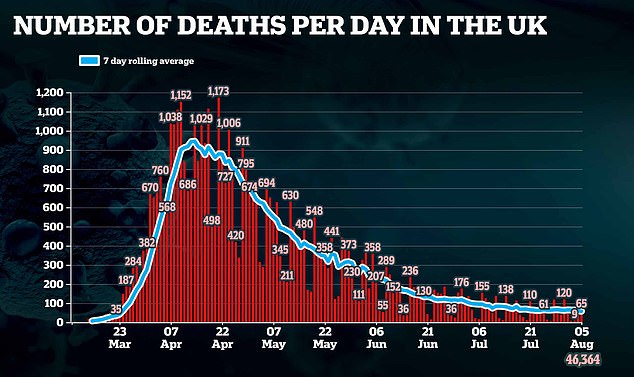 The statistical flaw was uncovered by Oxford University’s Professor Carl Heneghan and Dr Yoon Loke, from the University of East Anglia.

Professor Heneghan, director of the Centre for Evidence-Based Medicine at the prestigious university, told the Sun: ‘It is a sensible decision. There is no point attributing deaths to Covid 28 days after infection.

‘All it does is muddy the water. While deaths are falling in Scotland, PHE data suggests matters are worse in England.

‘But if it’s someone who picked up the virus in a care home in March and recovered, and last week died of a heart attack, what does that actually tell us?

‘Whereas the 28 day measure lets you know the impact the virus is having on our health care system over the previous month and we can respond accordingly.

‘If deaths are going down, great. And if they are up, then we need to act. But at the moment, the figures are just confusing.’

The Office for National Statistics also records Covid-19 deaths, and is considered the most reliable.

Its calculations are based on death certificates with Covid-19 as a suspected contributor.

Whereas the Government’s statistics only include those who have tested positive for the virus.

Fast fix for a brain aneurysm – while you're wide awake

Will a vaccine really be the silver bullet we're all praying for? Asks DR ELLIE CANNON

Mets will be ‘creative’ with rotation during daunting stretch