By Jeorge Bird For Mailonline

Although his team prevailed by the scoreline of 132-100, Curry will want to forget the moment when he got a little over excited following his team-mate Klay Thompson’s dunk.

Curry was so overjoyed by the dunk that he slipped and ended up falling to the ground. 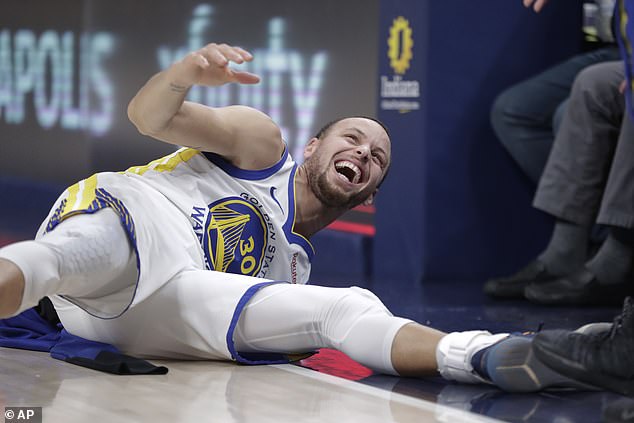 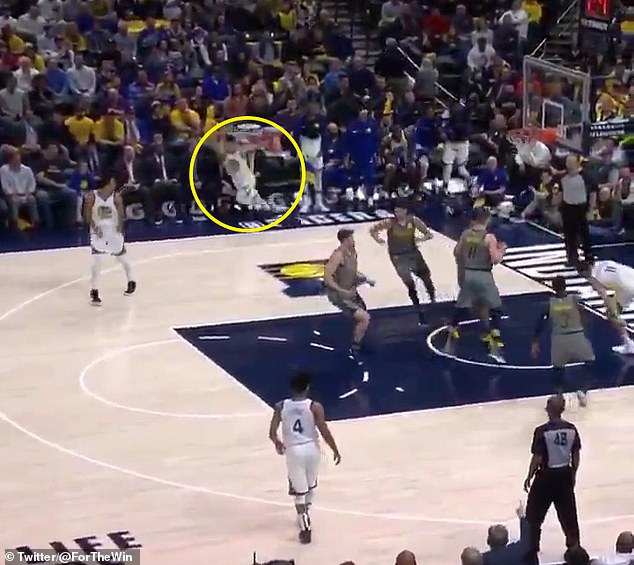 Unfortunately for Curry this wasn’t a one-off occurrence, with the 30-year-old having also fallen over against the Los Angeles Lakers recently.

On both occasions Curry managed to see the funny side of the situation.

Although there was much focus on his slip, Curry produced an excellent display against the Indiana Pacers. 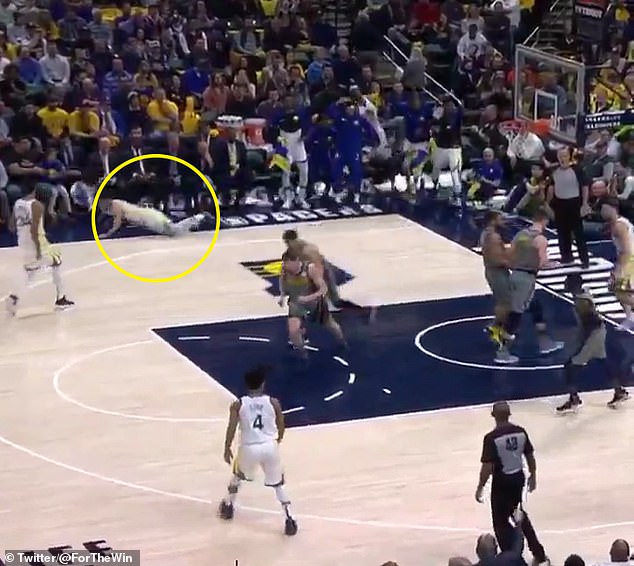 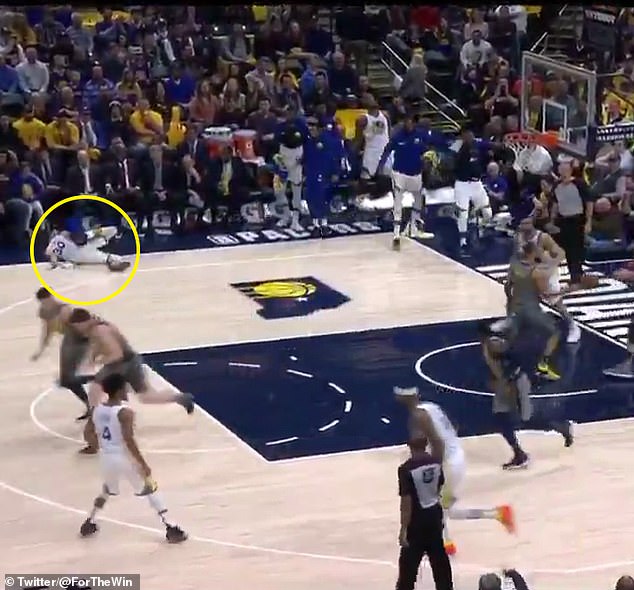 Curry ended up hitting the deck, but he still produced an impressive performance in the game

Curry managed to hit all five of his three-point attempts, while he managed to score 23 of his 26 points in the opening two quarters.

He also managed to become the first player to make at least 200 three-pointers in seven consecutive seasons in NBA history.

Primark confirms it will be reopening 153 stores this month –...

Primark confirms it will be reopening 153 stores this month –...