Actor Reese Witherspoon turned down a return to “Friends” because of her fear of performing in front of a live studio audience.

“Did you know they asked me back and I said ‘no, I can’t do it.’ I was too scared,” she said in an interview with the Associated Press this week. 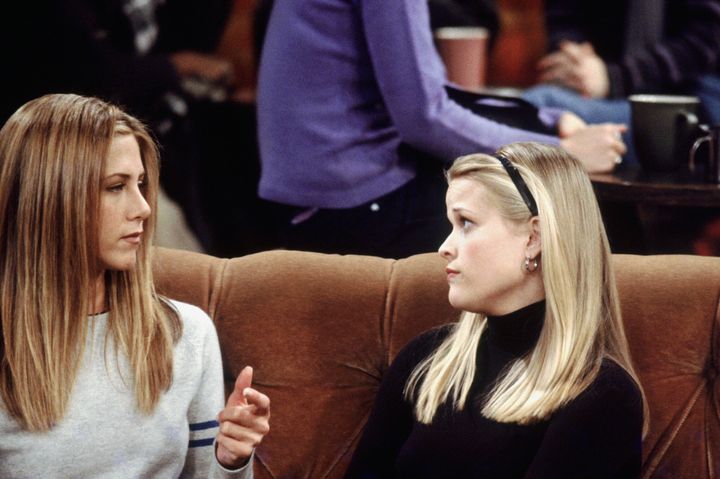 Reese Witherspoon, right, had a cameo as Jennifer Aniston’s on-screen sister Jill Green in two episodes of “Friends” which both aired in 2000.

She explained her reason for never reprising the popular role to Aniston during the promotion of their new Apple TV Plus dramedy “The Morning Show.”

Reese Witherspoon (@ReeseW) reveals that she was asked back to #Friends but declined. Unlike Jennifer Aniston, she did not enjoy performing in front of a live studio audience when she played Aniston’s sister on the show. pic.twitter.com/tdSpE3Eo7S

Fintech's fast pass to traditional banking is now cut off