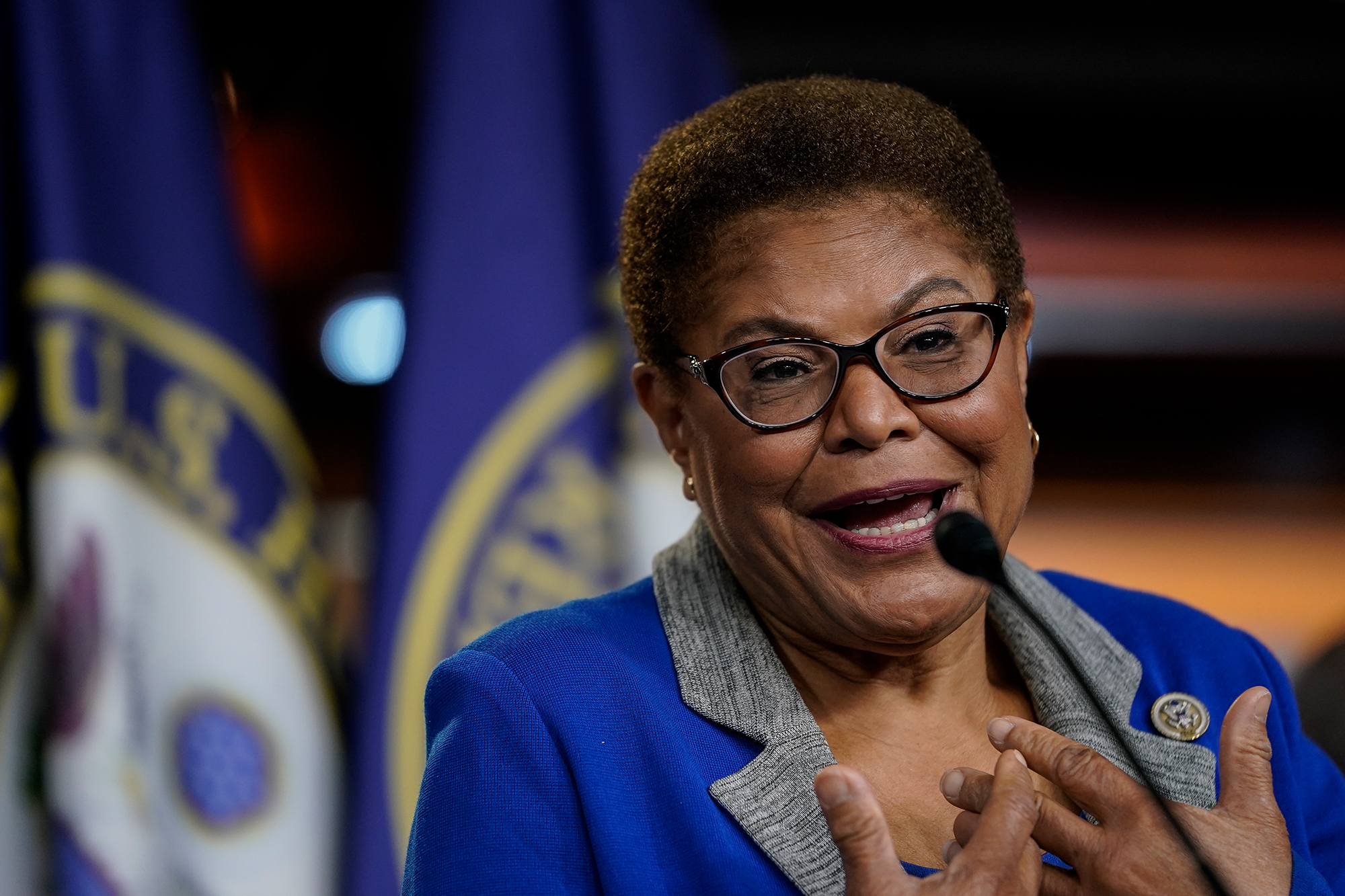 WASHINGTON — Rep. Karen Bass, who is on the shortlist of Joe Biden running mates, was a keynote speaker at two socialist events in Los Angeles in the 1980s and 90s, The Post can reveal.

The revelation comes as the powerful chairwoman of the Congressional Black Caucus faces increased scrutiny for controversial past remarks praising communist leaders and for her links to the Cuban regime.

In a recent NBC News interview, the five-term congresswoman and veep hopeful denied she was a communist and pledged her allegiance to the Democratic Party —  but unearthed newspaper clips show the lawmaker (D. Calif) has a long history of speaking at socialist events.

Bass was a featured speaker at the 1993 West Coast Socialist Scholars Conference at the University of California where the theme was “socialism and empowerment,” according to an article about the event.

Sponsored by the Democratic Socialists of America, the annual Socialist Scholars Conference ran from 1983 until 2004 when it was rebranded as the Left Forum.

Bass was also a speaker at a 1988 forum sponsored by the Democratic Socialists of America on the city’s scourge of gang violence.

Described as a “community activist” and “organizer,” the congresswoman was slated to offer “an alternative analysis to the ‘siege’ mentality of the LAPD and media,” an advert read.

A spokesperson for Bass did not immediately respond to request for comment Monday.

Since emerging as a front-runner to join Biden’s ticket, the five-term congresswoman has been criticized for her past comments praising Cuban communist dictator Fidel Castro and the Church of Scientology.

Bass was forced to renounce her tribute to Castro after his 2016 death, insisting she didn’t know he was despised by his own people.

In an interview with NBC News last week, Bass denied she was a communist and urged Cuban American voters to “not believe the lies” of Republicans.

“I’m not a socialist. I’m not a communist. I’ve belonged to one party my entire life and that’s the Democratic Party and I’m a Christian,” she said.

But the 66-year-old Democrat has been dogged by the troubling remarks and her stock has fallen in recent weeks with Sen. Kamala Harris and Susan Rice now the main contenders to be Biden’s vice president.

Biden delayed his veep announcement just hours after footage surfaced of Bass praising the Church of Scientology and its controversial founder L. Ron Hubbard at a 2010 ribbon-cutting ceremony for a new church in her district.

Last week, it emerged that the lawmaker also honored a leader of the Communist Party USA by praising him in remarks she entered into the Congressional Record after his 2017 death.

Before joining California’s legislature in 2004, Bass was an organizer for the Venceremos Brigade, a pro-Cuban organization, and she traveled to Cuba eight times in the 1970s, according to a report by The Atlantic.

RHONJ's Teresa Giudice poses with her mini-me daughter Gia,19, as they enjoy a weekend at...

So You Moved During the Pandemic. Now How Do You Vote?

Scientists stunned after discovering ‘rust’ on the moon