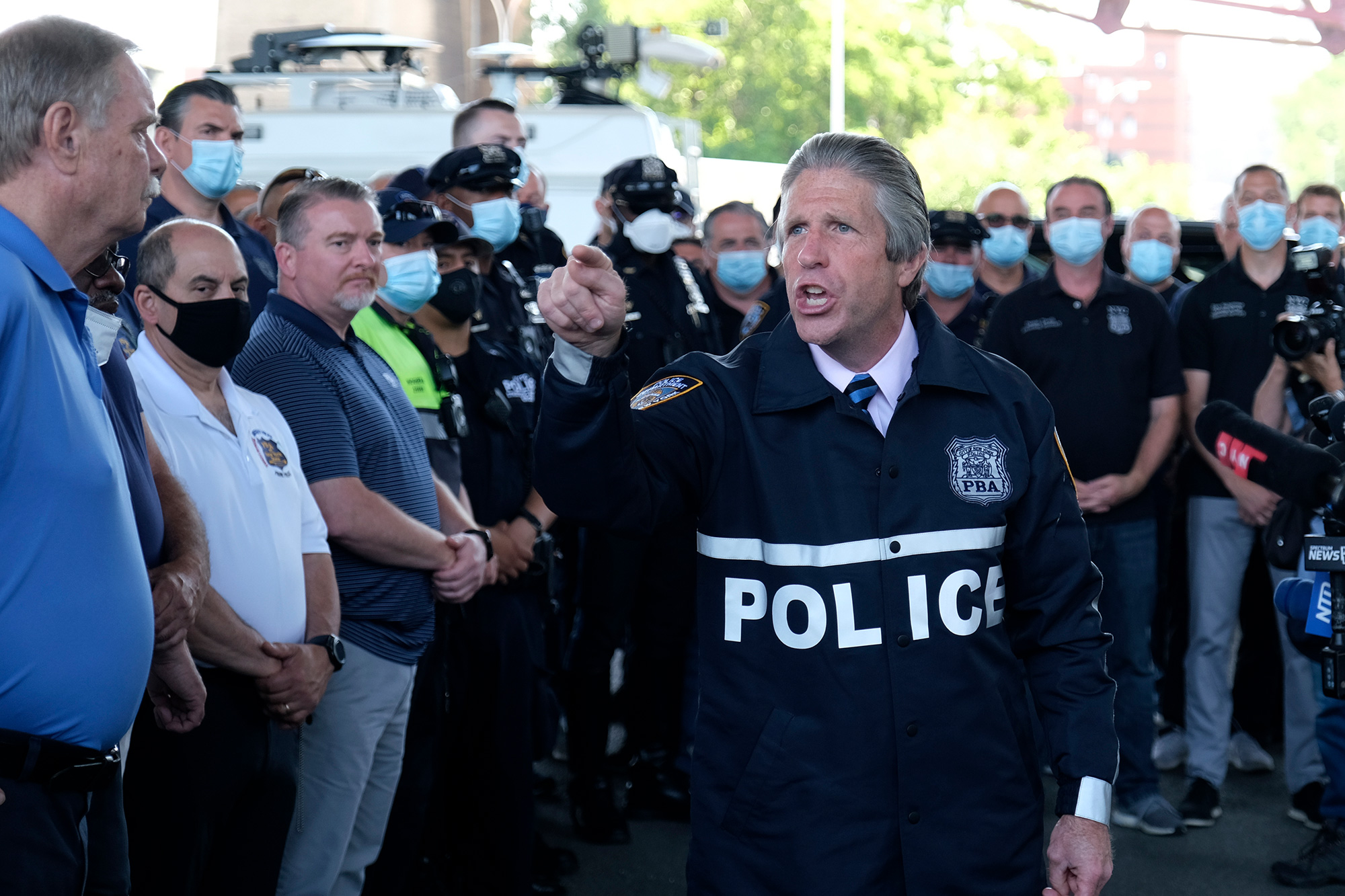 The New York City Police Benevolent Association personally endorsed President Trump on Friday night for the next election as the commander in chief leans into his “law and order” platform.

“I cannot remember when we’ve ever endorsed for the president of the United States until now — that’s how important this is,” said Pat Lynch, the combative PBA president at an event with Trump in his Bedminster club Friday evening.

“We need your strong voice across the country,” Lynch added.

After the union stayed neutral in the 2016 election, Lynch has since lambasted the Democratic-controlled city and state for passing laws that increase transparency around cops’ disciplinary records and ban chokeholds like the one that led to the death of Eric Garner.

In a speech that also featured an appearance by Rudy Giuliani, Trump attacked Democrats for waging “a left-wing war on cops” and called out Mayor Bill de Blasio specifically for launching a so-called “crusade against the police.”

The president at one point informally polled the cops in attendance on the best disrespectful nickname for Democratic nominee Joe Bide: “Sleepy Joe” or “Slow Joe.”

“That’s what I thought!” Trump responded.

Trump was in New York City earlier to visit his seriously ill brother, Robert, at New York-Presbyterian Hospital before the event.

Trump claimed he had a long-shot bid to actually win New York state, which hasn’t voted for a Republican president in 36 years — since Ronald Reagan’s reelection in 1984.

“We’re gonna give New York a real shot,” he said on Friday, a promise he’d first made in an exclusive Oval Office interview with The Post on Thursday.

“I think we have a real chance is winning New York.”