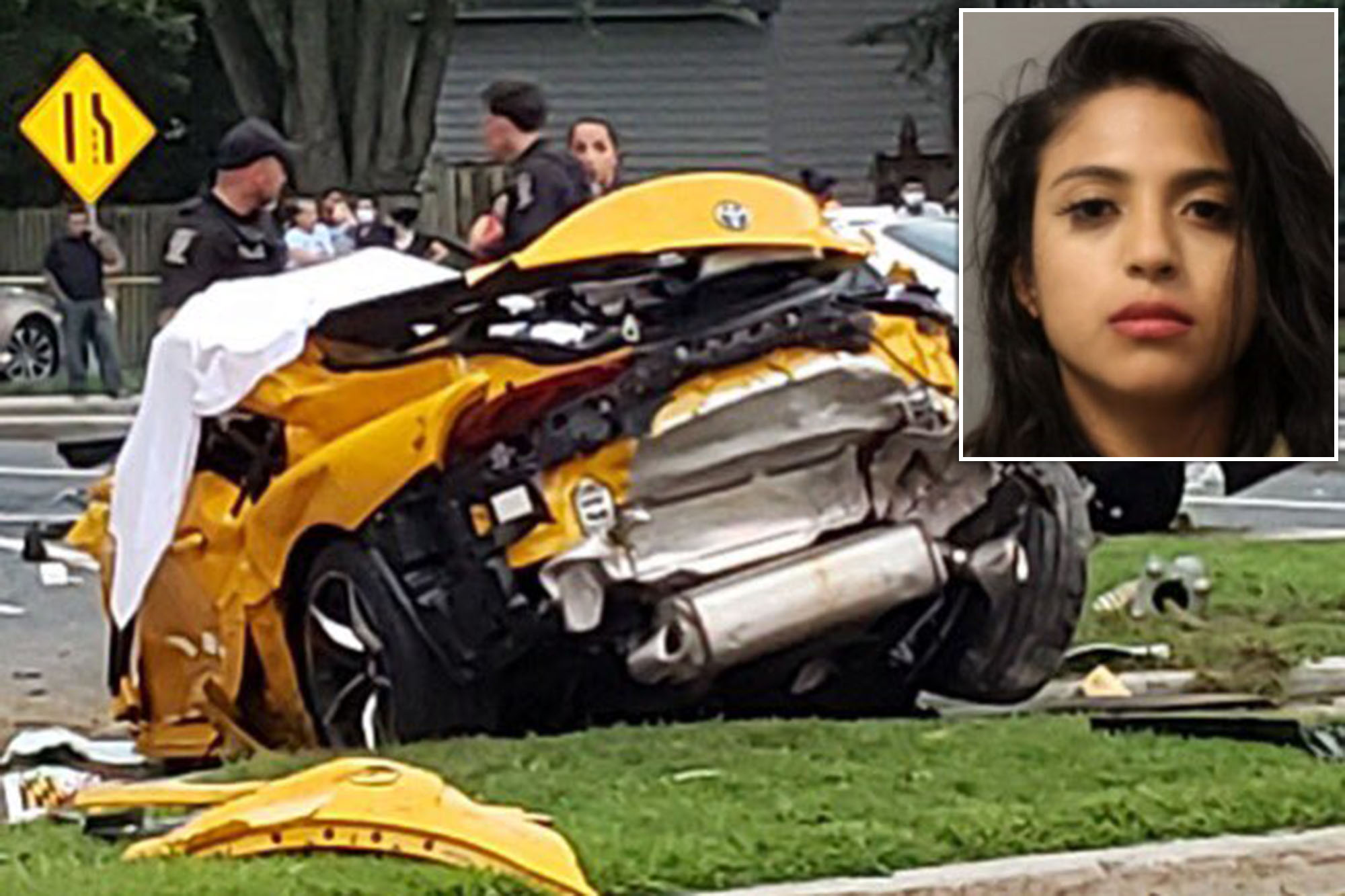 A 25-year-old woman who was due in court to face a DUI charge was killed with her passenger in a car accident in Maryland moments after posting videos of herself speeding – along with the caption, “Imma kill it on the high way,” according to a report.

Stephanie Angelica Vasquez shared the video – and the eerily prophetic words – on Instagram as she posed in the yellow 2020 Toyota Supra before it smashed into a car in Gaithersburg late Wednesday, the Daily Mail reported.

Montgomery County police believe the mother was speeding when her car collided with the 2001 Honda Accord as it tied to make a left turn onto West Deer Park Road from Muddy Branch Road.

Vasquez, of Kensington, and her passenger, Jonathan Charkas, 35, of Rockville, were both pronounced dead at the scene.

Heriberto Santos Gonzalez, 40, of Gaithersburg, who was driving the Honda, and his two unidentified passengers were rushed to a hospital with serious injuries.

Vasquez had been scheduled to appear in court Friday on DUI and gun possession charges resulting from an Aug. 2 traffic stop, according to court records.

At 1:20 a.m. that day, she was stopped by an officer in an unmarked police cruiser when she was observed driving recklessly in Silver Spring, the Daily Mail reported.

After failing a field sobriety test, the officer discovered a handgun in her glove department.

Vasquez was charged with driving under the influence of alcohol and possessing a loaded handgun in a vehicle and possession of a firearm by a prohibited person.

She had been prohibited from possessing a firearm due to a prior criminal conviction, according to a release from Montgomery County police, WJLA reported.

Protests in Portland, Seattle lead to more than a dozen arrests

Mykonos travel advice: Can I travel to Mykonos? Is it on UK’s quarantine list?