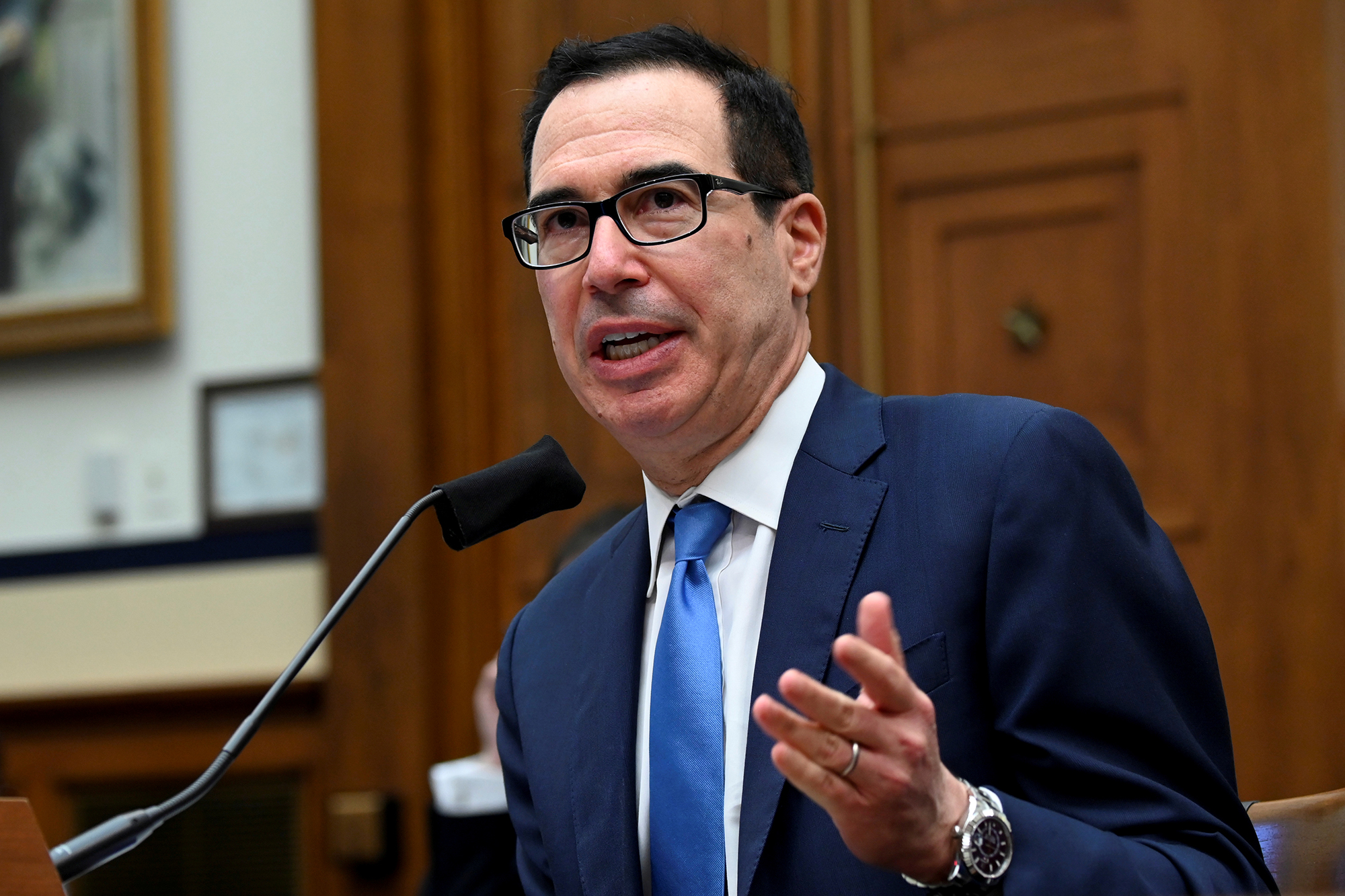 US Treasury Secretary Steve Mnuchin said Monday a state control board should take over New York City’s shaky finances amid a stalemate between the White House and congressional Democrats over a new COVID-19 stimulus package.

Mnuchin, one of President Trump’s top negotiators in crafting the latest pandemic rescue package, said on CNBC’s Squawk Box, “Look, I understand New York has problems and, you know, I wish they didn’t have financial problems.

“I think that perhaps the state should put in a financial control board over the city because the city is really going in the wrong direction and it reminds me of the 70s. I want to see New York City succeed.”

Mnuchin, a native New Yorker, was referring to the state Financial Control Board created in the 1970s to prevent the city government from going into bankruptcy. The board took over some budgetary decisions from City Hall at the time to control spending.

Mnuchin may have read Post columnist Nicole Gelinas’ column posted Sunday, which pointed out the financial control board is now mostly toothless after revisions in state law from 20 years ago made its oversight mostly advisory and eliminated a “control period” to impose tough actions to manage the city’s finances.

Mayor de Blasio tweeted that Mnuchin’s attack was a ruse to deflect attention from the White House’s failure to agree to a COVID-19 rescue package for state and local governments whose economies and finances are ravaged by the pandemic.

“@stevenmnuchin1 has proven that we should always do the exact opposite of what he says. Steve: GET. A. STIMULUS. DONE,” de Blasio wrote.

“Certain states had financial issues coming into this because of bad policies. I mean, New York keeps on raising their taxes and everybody is going to move out of New York,” he said.

Cuomo, later Monday, accused Trump of playing politics by issuing executive orders to provide COVID-19 relief that worsen fiscal problems for New York and other states. He referenced the executive order that would require states to pay 25 percent of the bill to extend unemployment insurance.

The governor, in a conference call for reporters with Kentucky Gov. Andy Beshear, said it would cost New York State $4 billion dollars between now and December to pay 25 percent of the unemployment insurance.

Cuomo said New York State has a projected $30 billion deficit over the next two years because of the pandemic.

“That’s handing the drowning man an anchor … An anchor does not help a drowning man. So, I hope this was just a tactic by the president but if he thinks this is a resolution, this only makes a bad situation worse,” Cuomo said.

“And this is a president who’s trying to show leadership because the American people are demanding leadership in the midst of this crisis and this only sets him back. My advice to the President is, when you are in a hole – stop digging. This Executive Order only digs the hole deeper. It’s the last thing the people of this country needed.”