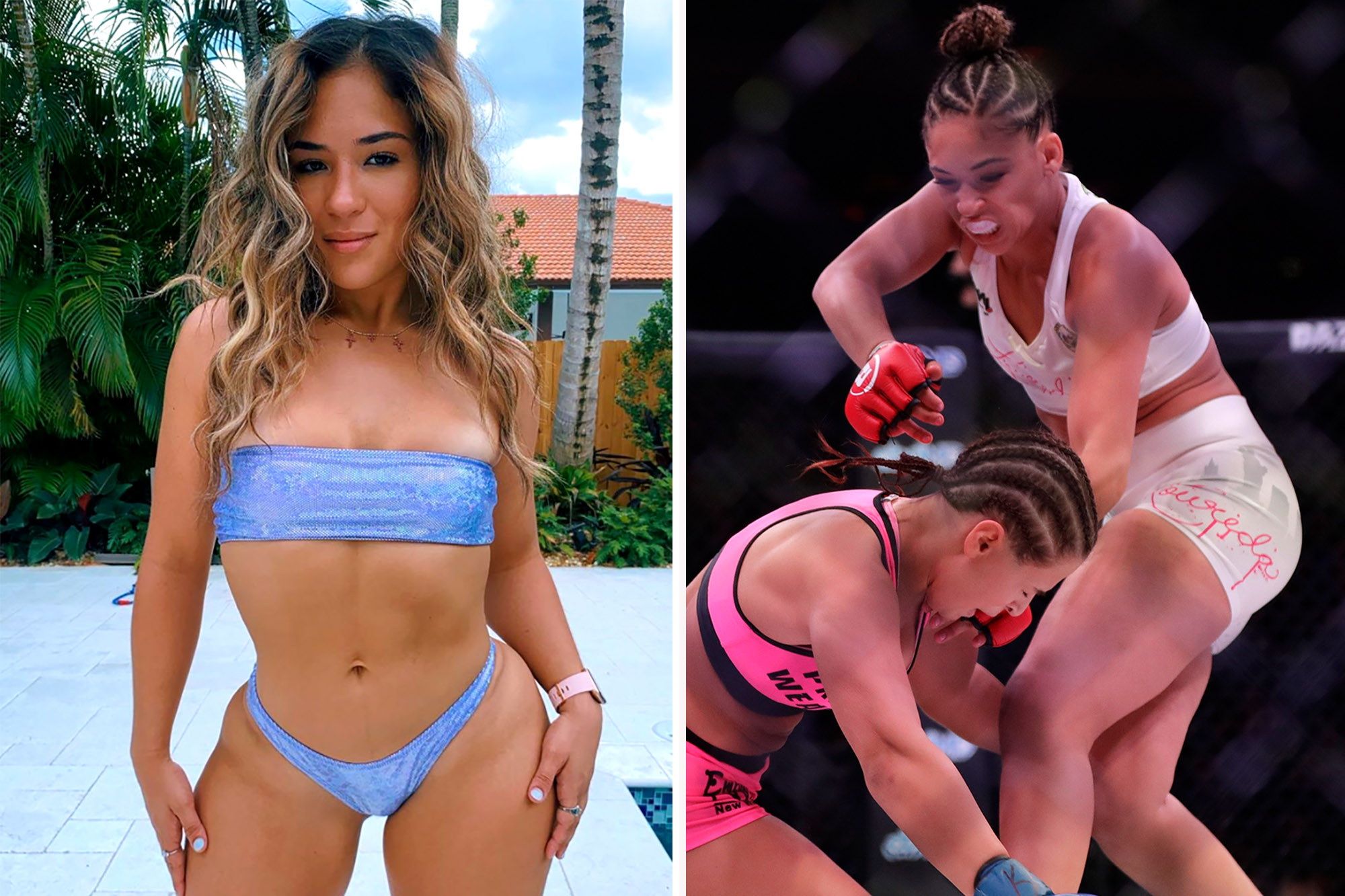 MMA star Valerie Loureda has found herself in the spotlight of late, but it has had nothing to do with her fighting abilities.

A video uploaded to her TikTok account showed her mixing a few dance moves with some air punches and set off a war of words on social media after UFC star Macy Chiasson deemed it too racy.

The bitter back and forth between the fighters put the spotlight on Loureda’s social media following and had fans overlooking her fighting abilities.

Ahead of her fight against Tara Graff at Bellator 243, Loureda says her social media following often leads her opponents to underestimate her and not see the true animal she becomes once she steps foot inside the cage.

“My opponent is very aggressive, and like most of the opponents that I have, she’s going to try to take me down,” Loureda said on the Hablemos MMA podcast.

“But if they knew that I’m very prepared for that (they might not). I train with the best female fighters on the planet here at American Top Team. I did the camp with Joanna (Jedrzejczyk) in January (and) February. I’m ready.

“She sees me on Instagram and she thinks I only post pictures, but she doesn’t know I train twice, three times a day, and like an animal. That’s my secret weapon. She thinks I’m weak – I’m just an Instagram model. But when I step in the cage, I transform.”

Loureda has been out of action since her win at Bellator 222 when she defeated Larkyn Dasch, but believes she can be the next big thing out of Miami. Following in the footsteps of the man who inspired her, UFC superstar Jorge Masvidal.

“I know that I can get the same support the community has given Jorge. I have the same coaches as Jorge, the same training, and I’m following his steps in the sport. He’s guiding me a lot. I’m very confident in my camp, in my team, my city behind me, and I’m going to win this fight for the Cubans here in Miami.”

After more than a year away from the cage, Loureda is ready to get back into it even after just finding out about the fight a few weeks ago.

“I didn’t have many training partners to do sparring and my jiu-jitsu. But I’m confident because I’ve been doing this since I was a child, so I have that muscle memory,” Loureda sid. “These last few weeks, I’ve been doing the best I can to be ready to win and come out on top.

“I might not be sparring as much, but I’m doing physical training (and) conditioning. I lost a lot of weight after ‘Exatlon,’ and in these times, I’ve used time to concentrate on what I want to do with my life. While many are eating and gaining weight at home, I’ve been working to be on weight and be ready for this fight. So I haven’t had many partners for this training camp, but I’m very confident in my level and the years of training in martial arts.”

Jets appear to be stuck in the mud already

Cara De La Hoyde's mum guilt in 'overdrive' over splitting her time between Delilah and...

Mets get Jacob deGrom news they were hoping for