‘They are such w*****s honestly’: Max Verstappen in sweary rant at fellow F1 drivers after being denied chance to set flying lap in Chinese GP qualifying

By Matthew Smith For Mail Online

Max Verstappen is known for his aggressive driving and fiery temperament, and it boiled over in spectacular fashion as he was frustrated in Chinese Grand Prix qualifying.

The Red Bull racer was unable to complete a flying lap at the end of Q3 after being overtaken by a number of drivers who then slowed him up.

Drivers are able to complete a lap if they cross the start-finish line before time is up – and Verstappen being stuck in traffic meant he was two seconds late. 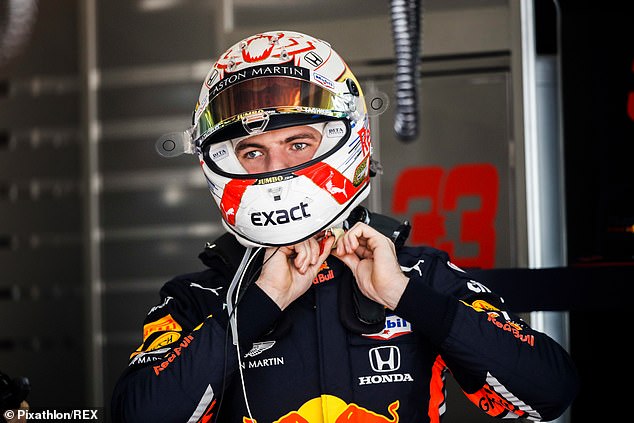 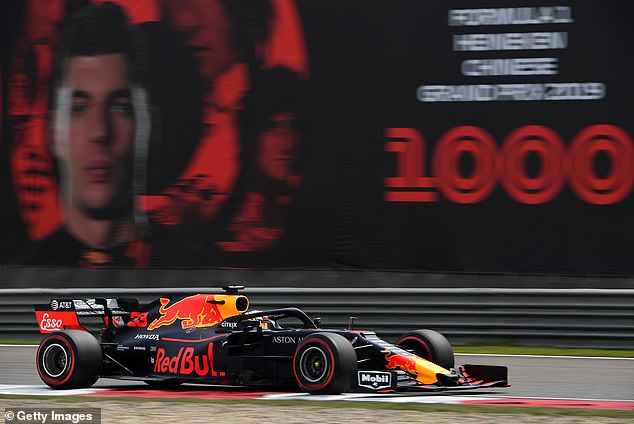 Verstappen was overtaken and held up by other drivers, meaning he ran out of time 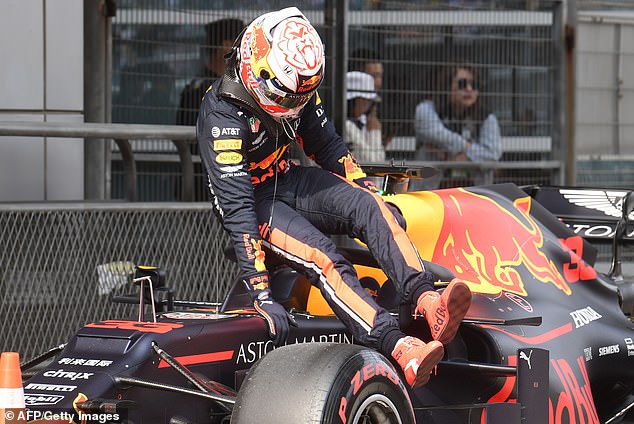 The Red Bull driver launched a swear-filled rant at his rivals, calling them ‘w*****s’

It meant Verstappen qualified fifth for Sunday’s race, behind both Mercedes and Ferraris, with a slower time set earlier in the final qualifying session.

He was overtaken by Ferrari’s Sebastian Vettel and the Renaults of Daniel Ricciardo and Nico Hulkenberg. While no rules were broken, it goes against conventional etiquette between the drivers in qualifying – and Verstappen was not happy.

He was still furious when speaking to Dutch television channel Ziggo Sport, where he threatened to ruin his rivals’ qualifying in future to get his revenge. 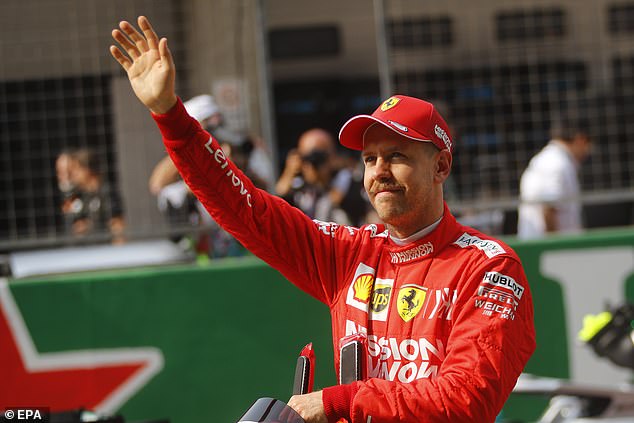 Verstappen said: ‘We were just staying neatly behind each other, but at a certain point Vettel passed me and the two Renaults as well.

‘So they f****d up my entire build up, while there is an unwritten rule that you just follow each other. Whatever. From now on in qualifying I’m going to f**k them up as well.’

Vettel defended himself afterwards, saying he had no choice but to overtake in order to make it across the line for his final Q3 lap. He eventually qualified third, behind the Mercedes pair of Valtteri Bottas and Lewis Hamilton. 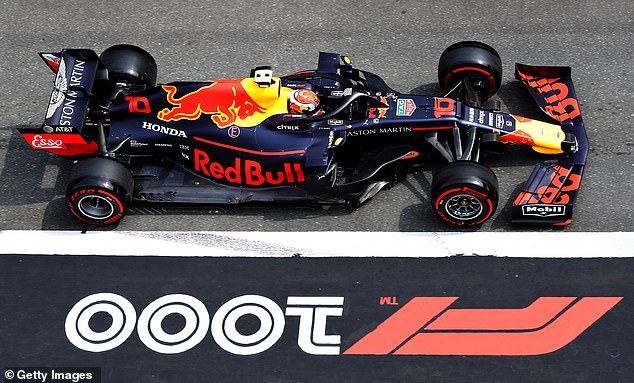 He said: ‘We all left for the same spot and, if you are at the end of the train as I was, it was quite difficult.

‘When the team told me we only had 10 seconds margin to cross the line in time to make another attempt, I had to think of something. I don’t know if others were not told.

‘If everyone would have sped up the way I did then we would have all made it, but I obviously prioritised at that point to make the lap. It felt like the others were not aware.’

Hamilton seemed to agree with Vettel’s viewpoint as he wrote: ‘Nope’ in an Instagram response to Verstappen’s rant.

Verstappen was not the only one to have a qualifying nightmare – he inadvertently blocked off team-mate Pierre Gasly as he raced to try and set a lap time, preventing the other Red Bull from making it in time too.

Haas also messed up – neither Romain Grosjean nor Kevin Magnussen set a Q3 time after their team misjudged the amount of time needed in the out lap to get around the circuit and set a quick time. 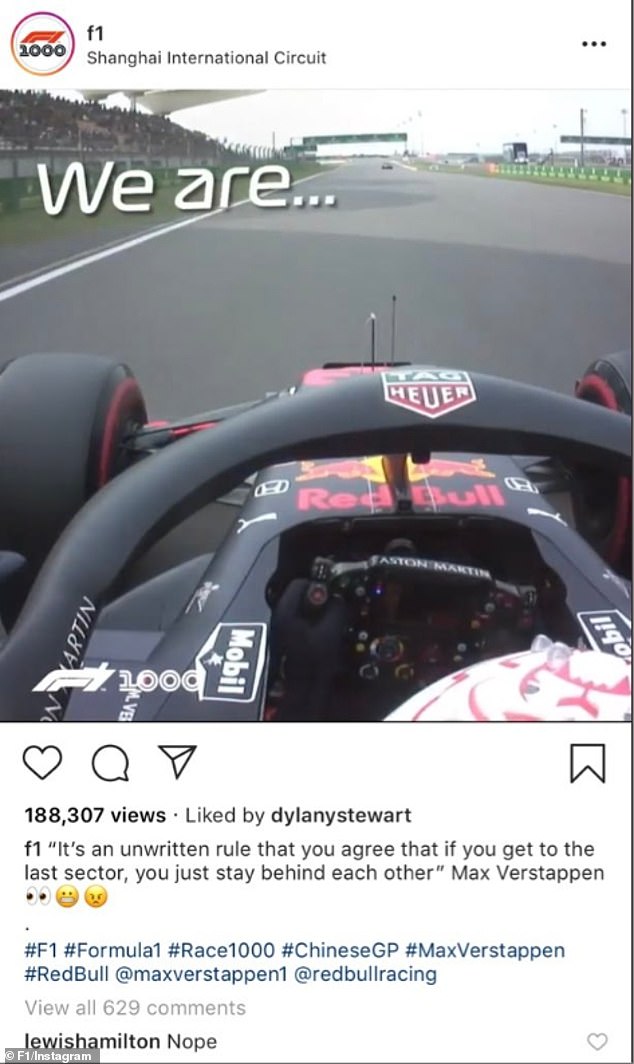