Welshman Williams had produced a break of 138 to take the fourth frame and level the match at 2-2, before moving ahead on a re-spotted black which put him within sight of victory.

However, 18-year-old Yuan, who knocked John Higgins out of last week’s German Masters in Berlin, responded with a superb 131 clearance to force a decider, which the world No 67 claimed 76-0. 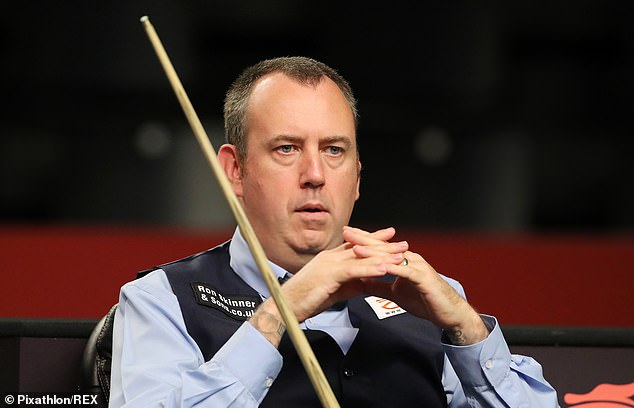 Mark Williams, pictured at last week’s Berlin Masters, has been knocked out of the Coral World Grand Prix by Chinese teenager Yuan Sijun

Elsewhere during Tuesday’s early matches at the Cheltenham Racecourse venue, China’s Xiao Guodong caused another surprise with a 4-3 victory over Australian Neil Robertson, the world No 10.

Ali Carter progressed to the last 16 following a 4-3 win over Martin O’Donnell, while Mark Davis edged out Jimmy Robertson, also by the same scoreline, in the last match of the afternoon session.

In Tuesday’s evening session, Judd Trump held off a fightback from Stuart Carrington to progress on a final-frame decider. 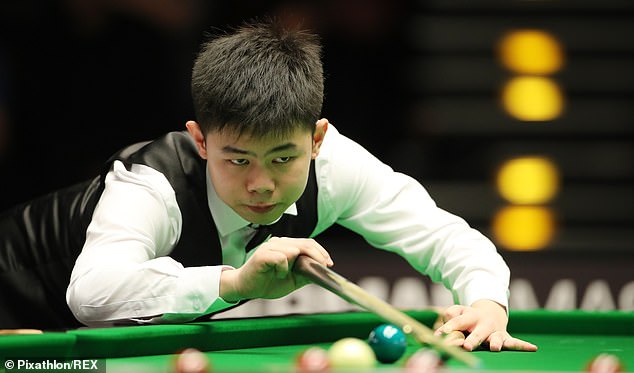 A break of 122, and a 53rd century of the season, had seemingly put the world number five in control at 3-0, only for Carrington to rally and level the match. Trump, though, closed out victory when taking a tense frame seven 61-40.

Stephen Maguire beat Mark King 4-1 to book his place against Yuan in the last 16, while China’s No 1 Ding Junhui recovered from losing the opening frame to impress as he beat Jack Lisowski 4-1 – chalking up a clearance of 126 along the way.

In Tuesday’s other late match, Tom Ford knocked out world No 18 Joe Perry, winning 4-3 on another last-frame decider and will next face Trump for a place in the quarter-finals.

Klein Curacao – the rogue abandoned ghost island in a Caribbean...