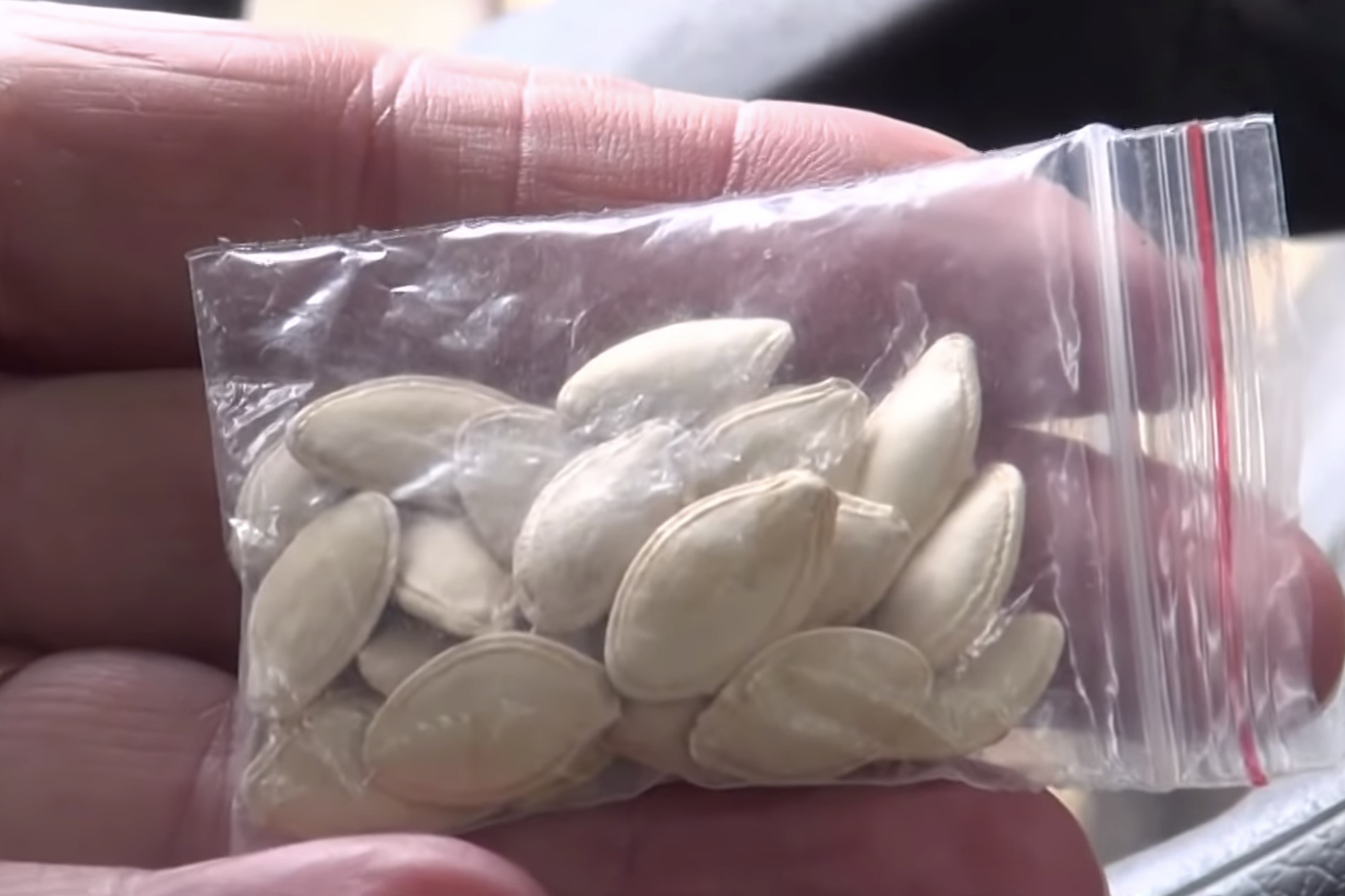 An Arkansas man who received one of the mysterious seed packages sent to thousands of US residents from China planted them on his property — and said the results are wild.

The plant is now producing large white fruit from orange flowers that resemble those of a squash.

“Every two weeks I’d come by and put Miracle Grow on it, and they just started growing like crazy,’’ Crenshawn said.

The man planted the seeds before US agriculture officials issued a dire warning to recipients not to put them in the ground, the station said.

“Our concern is from an invasive-pest aspect: These seeds could introduce an invasive weed or an invasive insect pest or a plant disease,” Scott Bray of the Arkansas Department of Agriculture told the outlet.

US residents in all 50 states reported getting the bizarre, unsolicited seed packages beginning last month.

The handful of seeds arrive in little plastic, sealed, see-through pouches and are tucked in standard-sized light gray or beige envelopes — sometimes labeled as jewelry.

“The package said it was from China and said ‘studded earrings’ on the outside, and we thought that was a little odd,” Crenshaw acknowledged of his batch.

It is unclear who is behind the packages, but US agriculture officials have said they believe the seeds may be part of a “brushing scam” — in which people receive goods they never ordered and the sender then posts a fake customer review in their name to boost sales.

US agriculture officials are urging recipients to keep the seeds sealed and call them so they can pick them up.

Bringing the Theater Back to Life

How the Locarno Film Festival is reinventing itself