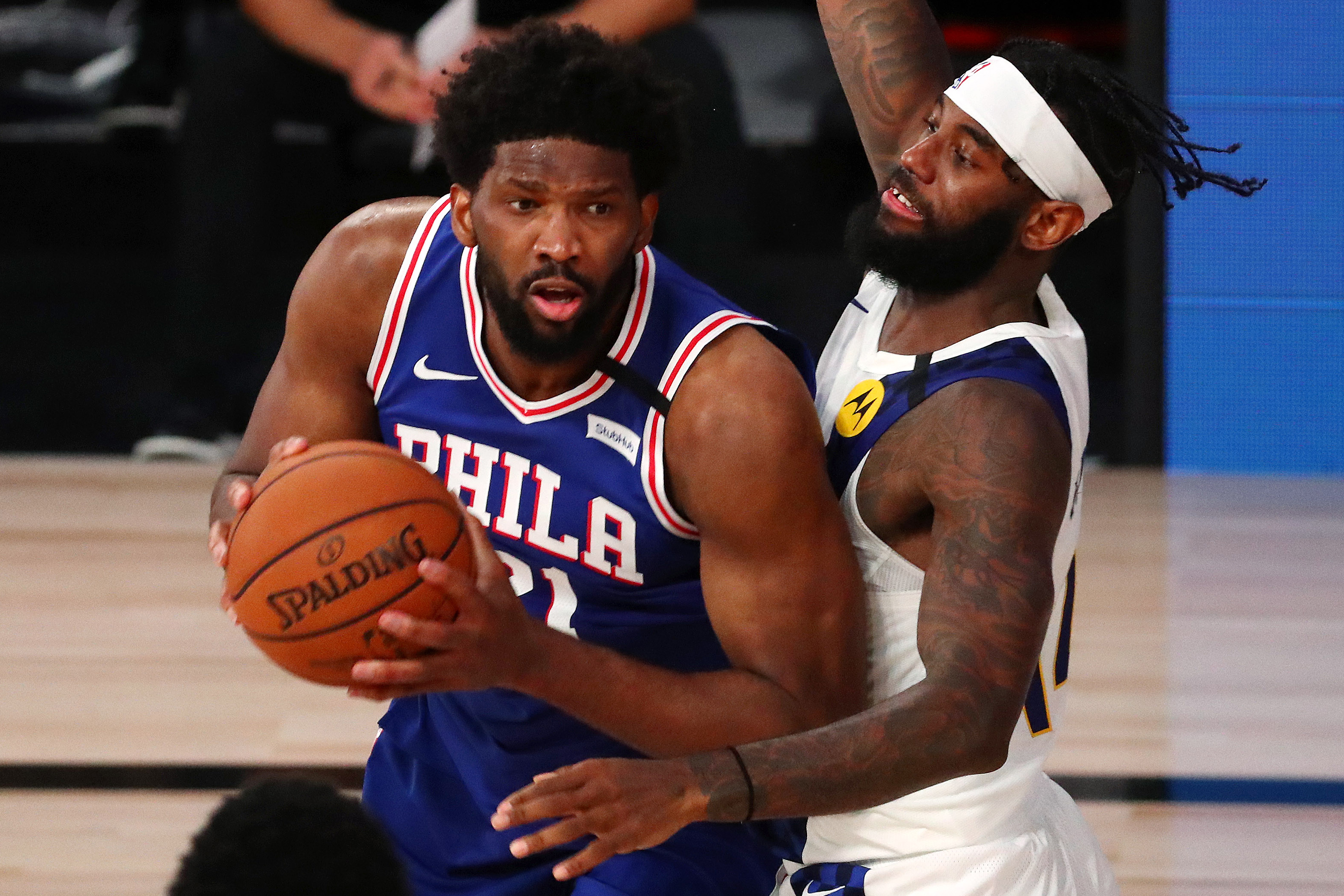 A near-five-month pause to play didn’t stop the 76ers’ problems away from home.

In the team’s first game since the season was suspended on March 11, the 76ers — who were 29-2 at home and 10-24 on the road during the season — dropped a 127-121 decision to the Pacers on Saturday, who were playing without All-Star Domantas Sabonis. A potentially more troubling sight for Philadelphia came after the first quarter, when the 76ers’ Joel Embiid and Shake Milton got into a heated argument on the sideline, with the latter being held back by teammates.

After the loss, Embiid — the less heated of the two involved — described the incident as inconsequential.

“It’s basketball,” he said. “As players, it happens everywhere. … You discuss what’s going on and you move on, you find a solution. But it’s nothing. It happens. It happens on every team and you just figure it out and you move on, and I’m sure everybody’s going to be better moving forward.”

Embiid couldn’t have been much better, putting up 41 points and 21 rebounds in his return. Milton, though, was held scoreless, with three turnovers and five fouls in 19 minutes, while struggling defensively. 76ers coach Brett Brown wasn’t bothered by the confrontation, even if it happened just 12 minutes into the restart of the season.

“You don’t go cheerleading stuff like that all the time, but if the conversation’s gotta be had, it’s gotta be had,” Brown said. “And I actually think that stuff like that is far more healthy than anything. Shake’s teammates love Shake Milton. They’re proud of his evolution. And then you’ve got an NBA All-Star in Joel Embiid that has an idea. He’s the center, back directing traffic — the pick-and-roll policeman.

“I don’t know the full details of it, but I think, for the most part, it’s healthy. And those two will move on quickly. They’re good friends, it’s just sometimes stuff like that happens in a family.”

Daniel Jones was so close to becoming Giants hero

Drew Barrymore on her new talk show: ‘The rule book is on fire’

Jorgie Porter puts on a VERY leggy display in a grey mini dress as she...