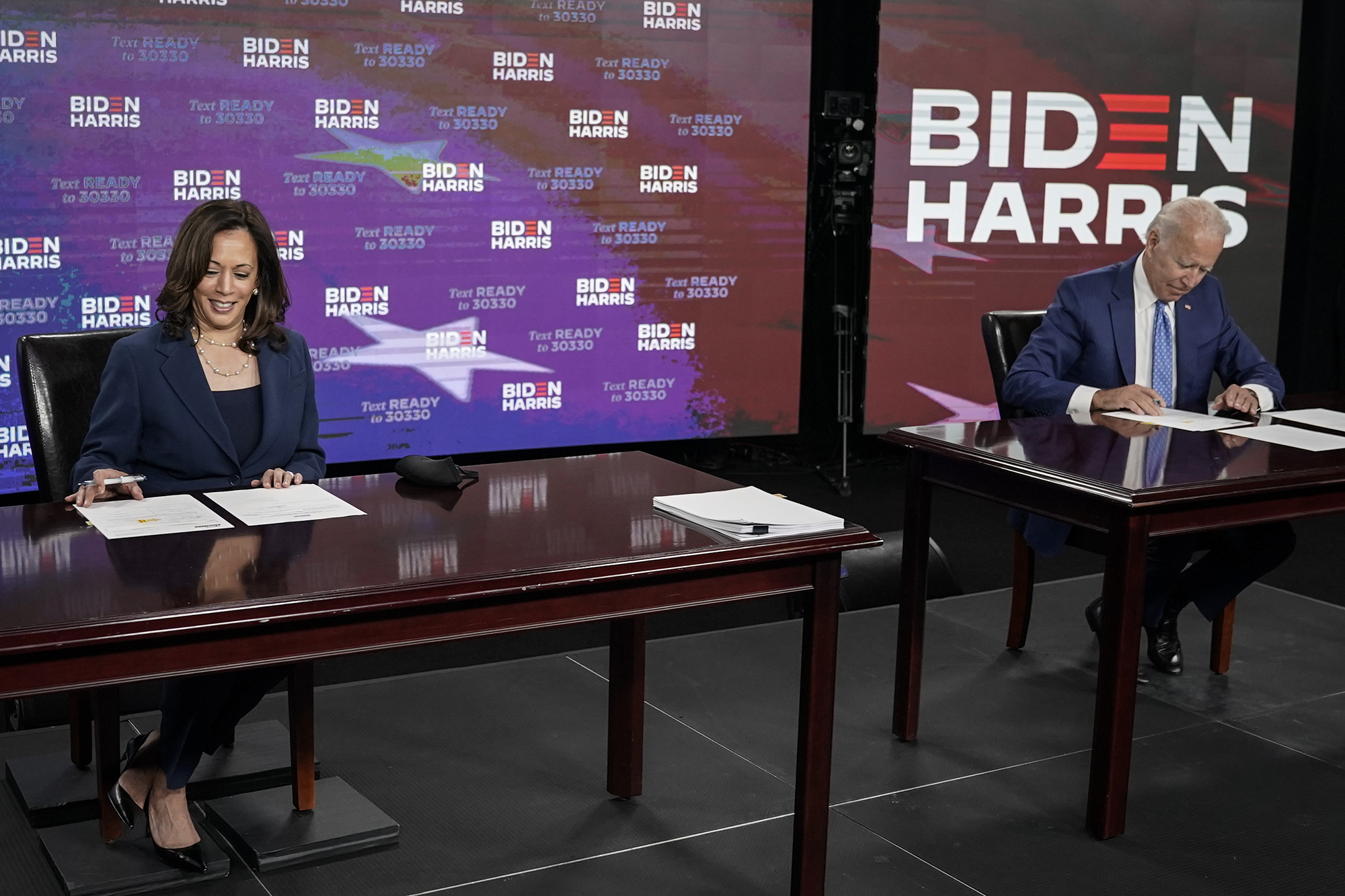 Former Vice President Joe Biden and Sen. Kamala Harris on Friday signed paperwork to get on November ballots as the Democratic ticket.

“We’re going to make this official official,” Biden told reporters. “We’re signing our requests to get on the ballot in each of the states.”

Biden and Harris, seated behind desks, signed papers for their home states, Delaware and California, respectively.

Biden motioned to a stack of papers that needed to be signed for ballot access, saying it would be “the real work and get all the states and territories.”

The five US territories — American Samoa, Guam, the Northern Mariana Islands, Puerto Rico and the Virgin Islands — have no say in the presidential election.

Reporters only got in one question, continuing a pre-packaged approach to media interactions ahead of next week’s Democratic National Convention.

Asked to respond to President Trump’s attacks on her candidacy, Harris said only: “I’m signing this because I’m in this race to win, and with that guy right there. And we’re going to get it done.”