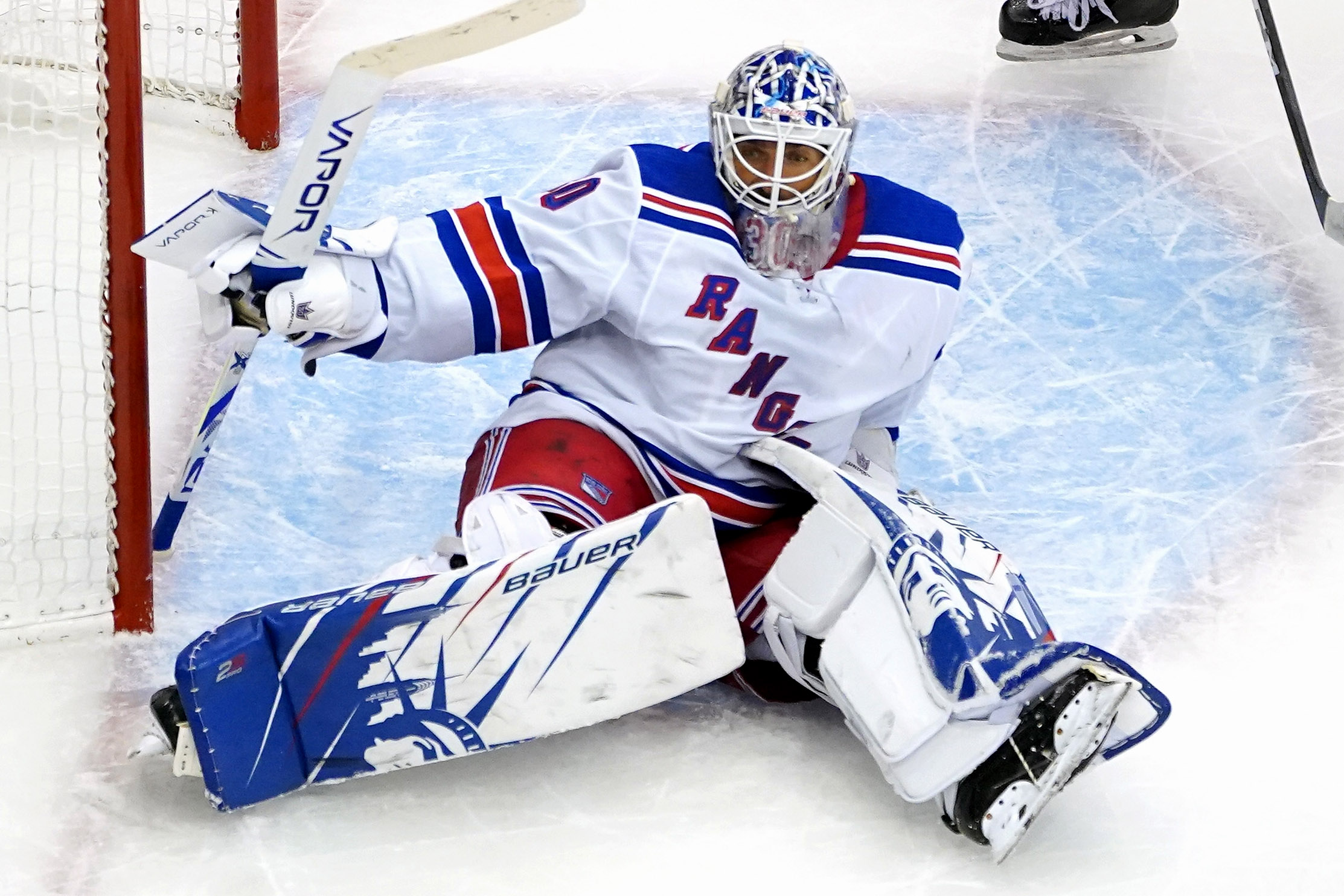 It will be Henrik Lundqvist in net again.

The Rangers announced on Monday morning that the veteran Swede would start his second straight game in this play-in series against the Hurricanes. Igor Shesterkin practiced on Sunday, but is still not healthy to play in this crucial game.

The Rangers lost the opener 3-2 to Carolina on Saturday, despite a stellar 34-save performance from Lundqvist who could be playing his final games for the Rangers.

After arriving from Hartford, Shesterkin spearheaded a Rangers revival before the coronavirus pandemic halted the sport.

Monday afternoon is the second game of the best-of-five series being played in Toronto, one of the NHL’s two hub cities.

Peter Navarro accuses Democrats and the Chinese Communist Party of being in cahoots in 2020...

Bachelor in Paradise's Ciarran Stott NUDE and as drag queen