Home News How can Scotland qualify for Rugby World Cup quarter-final, and what happens...

Gregor Townsend’s men ran in nine tries against the group whipping boys and now face the harder part of their task when they take on hosts Japan on Sunday.

How can Scotland qualify for Rugby World Cup quarter-final?

Scotland’s bonus point win over Russia means they still have a realistic chance of qualification.

But as Rugby World Cup groups are decided on head-to-head record rather than points difference, their task is still a challenging one.

For Scotland to progress, they must do one of the following: 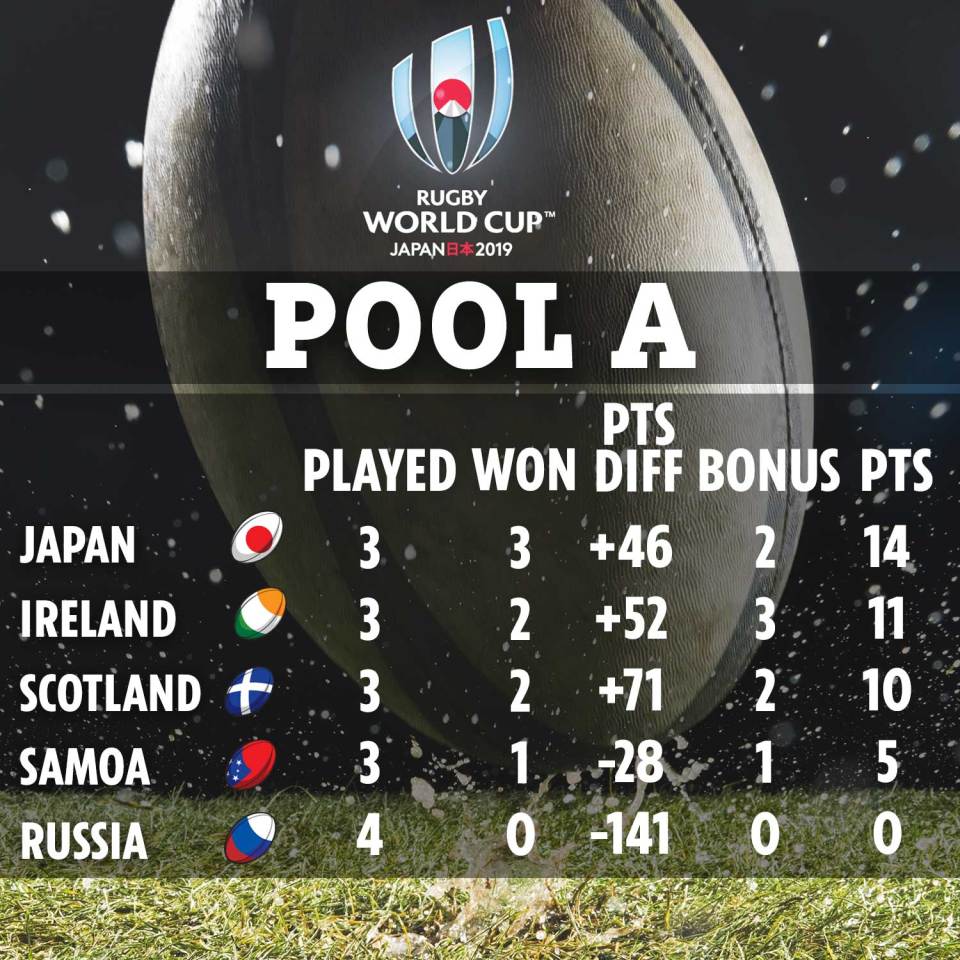 What happens if Japan vs Scotland is cancelled by Typhoon Hagibis?

Under Rugby World Cup rules, any match cancelled by adverse weather conditions will be registered as a 0-0 draw, with two points awarded to both teams.

In those circumstances, Japan would qualify automatically while Scotland would be ELIMINATED bar a huge upset in Ireland’s game against Samoa.

Should Ireland earn even a bonus point, Scotland would be out.

However, World Rugby are holding a press conference at 4am on Thursday to explain their next move with regards to Scotland’s match.

Alternatives to cancelling it all together include putting the match back to Monday or moving it to a different venue.

Most Read in Rugby Union

EYE OF THE STORM


Why has England vs France been cancelled and how many points do each team get?

PUT FOOT IN IT


Does head-to-head or points difference decide who qualifies from pools?

Pool A fixtures and results 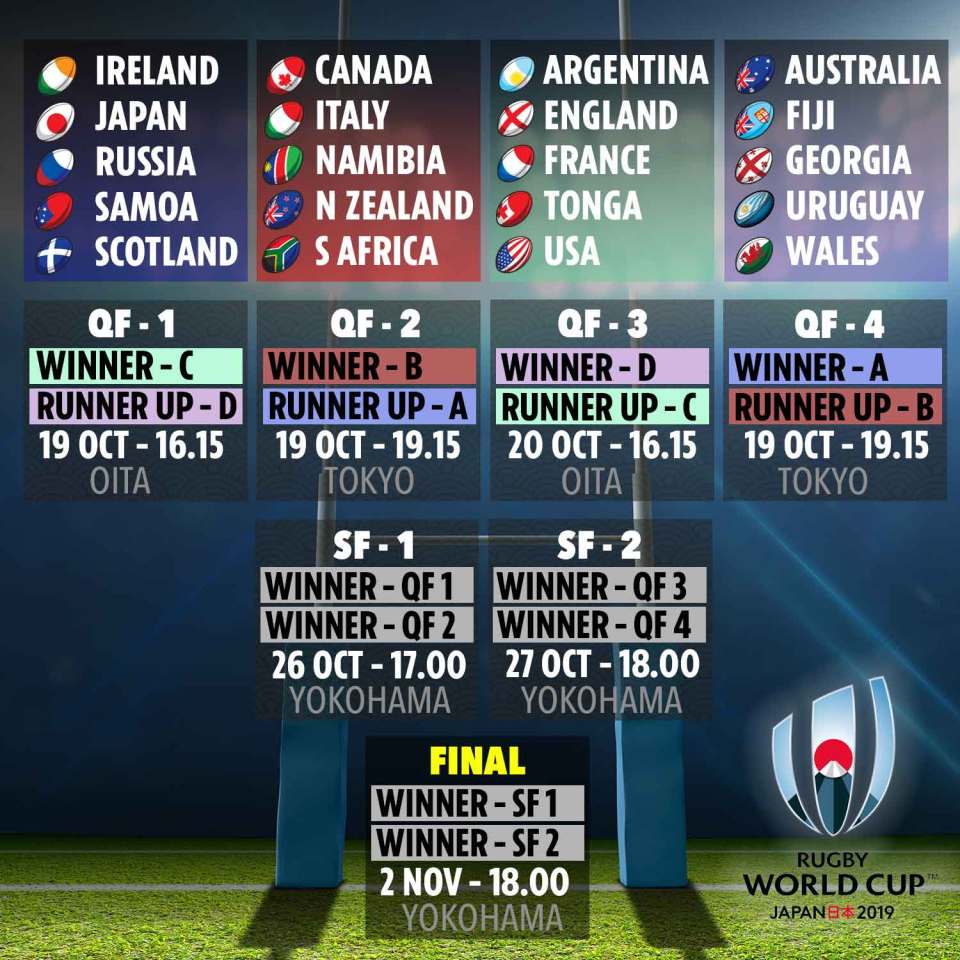 Heart attack: The ‘subtle’ sign on your body that could signal the deadly condition