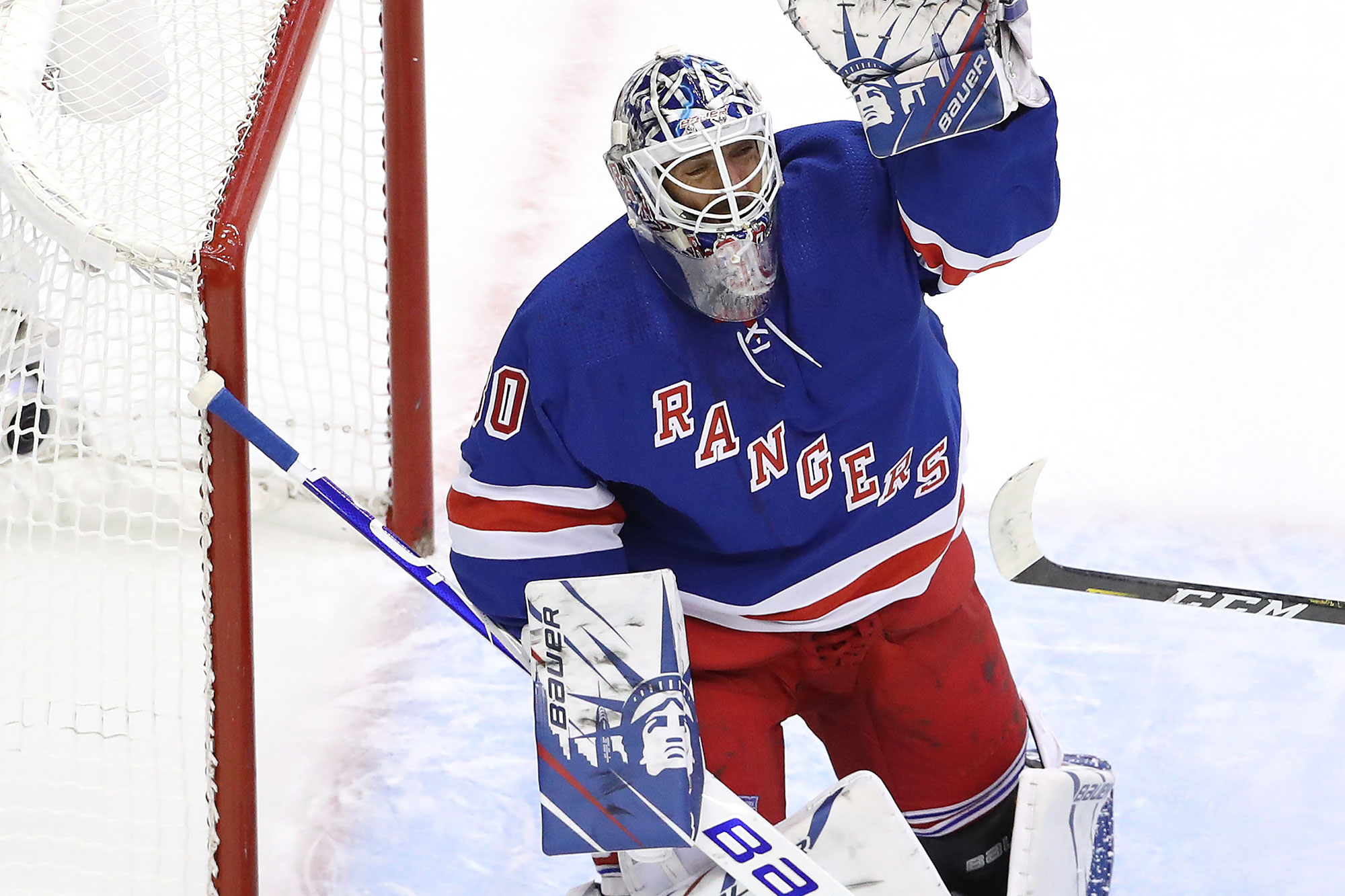 Henrik Lundqvist will not be unseated from his playoff throne just yet.

It was Lundqvist, not Igor Shesterkin, who led the Rangers onto the ice for warmups ahead of Saturday’s Game 1 against the Hurricanes in the Stanley Cup qualifiers at Scotiabank Arena. He was set to be backed up by Alexandar Georgiev while Shesterkin was deemed “unfit to play.”

Shesterkin’s absence was not COVID-19 related, according to The Post’s Larry Brooks, but a surprising development nonetheless as the 24-year-old Russian was expected to draw the start. He had played the first half of Wednesday’s exhibition against the Islanders, giving up a goal on seven shots.

The 38-year-old Lundqvist, who will make his 128th straight postseason start, has thrived against the Hurricanes in his career, owning a 2.00 goals-against average and .934 save percentage against them. In three games this season facing Carolina, Lundqvist was 3-0 with a 2.33 GAA and .947 save percentage.

Yankees making history with this show of home run power