The Amed Post
Home US Grandmother, 103, gets first tattoo after release from nursing home isolation 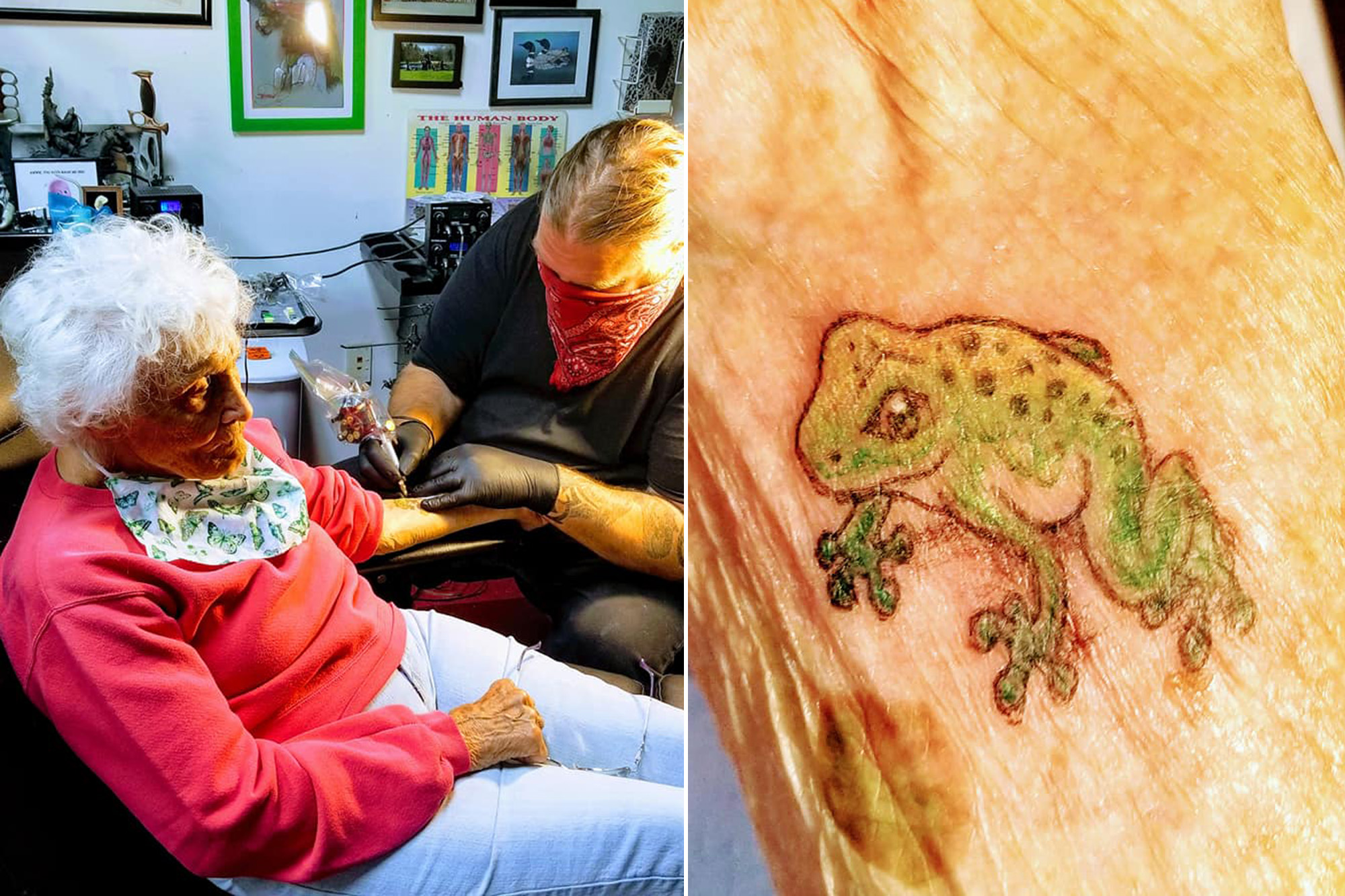 A 103-year-old Michigan grandmother got her first tattoo — after she spent months isolated at a nursing home during the coronavirus pandemic.

Dorothy Pollack, who celebrated her birthday on June 16 in a nursing home in Muskegon, had a surprise request weeks after she was discharged from the facility, CNN reported.

She went to get an image of a frog inked on her arm Friday.

“It was pretty exciting because years ago my grandson wanted me to get [a tattoo] and I wouldn’t do it,” Pollack told the network. “All of a sudden, I decided I would like to have one. And if I could, a frog.”

Tattoo artist Ray Reasoner Jr. told CNN she “took it like a champ.”

“I didn’t even see her wince. Maybe she had half a wince once,” said Reasoner, of A.W.O.L. Custom Tattooing. “She was just so excited. It was an amazing experience. If someone over a century old tells you to do something for them, you just gotta do it.”

Pollack was his oldest client ever, he added.

The centenarian’s granddaughter, Teresa Zavitz-Jones, told the network that “COVID-19 had her in prison for months.”

“The nurse in the home said she was horribly depressed and we needed to get her out,” she added. “We couldn’t see her so we had no idea how she really was. She’s extremely hard of hearing so phone calls were not helpful.”

After her tat, the spunky grandmother also crossed another item off her bucket list — riding on a motorcycle, according to the report.