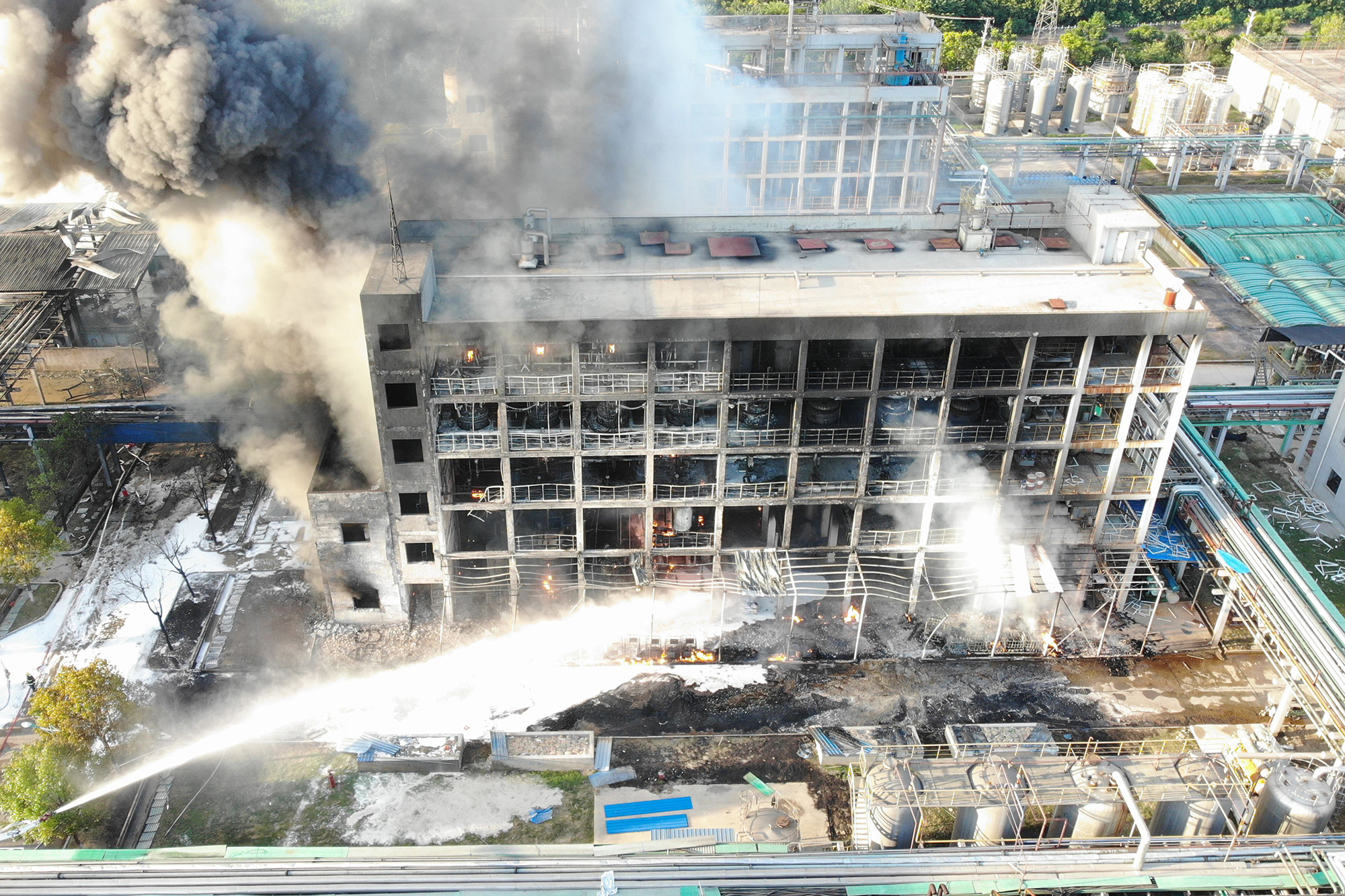 Six people were killed and four others injured in an explosion Tuesday at a chemical factory near the Chinese city of Wuhan, according to a report.

The blast occurred about 5:30 p.m. local time at the factory of the Lanhua Silicone Co. in Xiantao, a Hubei Province city of some 1.5 million residents about 70 miles southwest of Wuhan, the Daily Mail reported.

More than 100 first responders — including firefighters, paramedics and environmental officials — rushed to the scene to search for survivors, according to the news outlet.

Three out of the four wounded remain hospitalized.

Some residents in the area said their windows were shattered by the force of the explosion, the Daily Mail reported, citing Hubei radio and TV.

The company was ordered to halt its production immediately, while officials demanded a citywide inspection by companies to eliminate potential hazards.

The cause of the explosion is under investigation.

Industrial accidents are common in China, where safety regulations are frequently not strictly enforced.

In March 2019, 78 people were killed and hundreds injured in an explosion at a chemical plant in eastern Jiangsu province, according to the Daily Mail.

Four months later, 15 people were killed in an explosion at a gas plant in central China.

An in November 2018, a truck carrying combustible materials exploded near a chemical factory in the northern city of Zhangjiakou, killing 23 people and injuring 22 others, the outlet reported.

Nikki Bella shows off her post-baby body in the 'realest, rawest way possible'