Whether you’re planning a staycation or braving a holiday overseas (and the risk of being quarantined when you get back), will you be one of the new ‘Leaveists’?

These are people who use their time off work to catch up … with work. According to a recent survey, about half of us have done it.

The ‘leaveism’ trend was first identified by Cary Cooper, a professor of organisational psychology and health at Manchester University, in 2014. While conducting a study into stress, he found that police officers were using holiday time to catch up with paperwork.

Professor Cooper’s latest figures suggest that not only were half of the 17,000 police he studied taking holiday to catch up with work, but 59 per cent of people in the private sector were doing the same as they were just too busy to catch up in normal working hours.

So is this unhealthy? The answer is not straightforward. 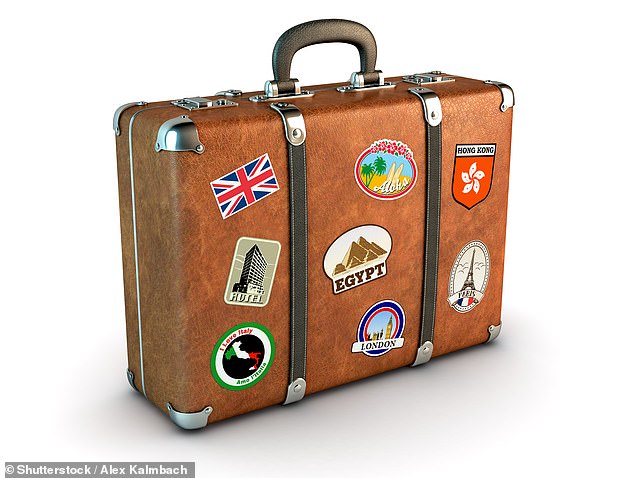 In a study published in the journal Psychology and Health, scientists found people who had spent at least two weeks on holiday in the past 12 months were found to have a lower risk of metabolic syndrome. (Stock image)

For some, holidays can be hugely beneficial. People who had spent at least two weeks on holiday (even split into shorter breaks) in the past 12 months were found to have a lower risk of metabolic syndrome — a cluster of symptoms that raise the risk of heart disease and type 2 diabetes — in a U.S. study published last year in the journal Psychology and Health.

A 2016 study from the University of California, San Francisco, published in Translational Psychiatry, showed that even taking a six-day break caused changes in the way genes that control stress and immune responses work.

‘We need holidays to recharge and connect with our family or friends,’ says Professor Cooper.

But not everyone needs the same type of holiday to get these benefits. While research published in the journal Stress and Health in 2014 showed most people can recharge their batteries with short breaks, ‘compulsive workers’ don’t get that benefit. For these people, it took two weeks away to stop them thinking about work.

They also didn’t like to be doing nothing on holiday.

‘Try to get someone who is highly ambitious, driven or fast-moving to sit by a pool for two weeks and they won’t deal with it well,’ adds Professor Cooper.

‘It can increase their stress and they’ll probably start doing work to keep themselves busy.’

If this sounds like you, the key to a beneficial holiday is ‘relaxing busyness’. This might mean trekking up a mountain, booking tours or attending a cookery school.

Whatever you do stops you thinking about work — and there’s an extra bonus if it also benefits you mentally. 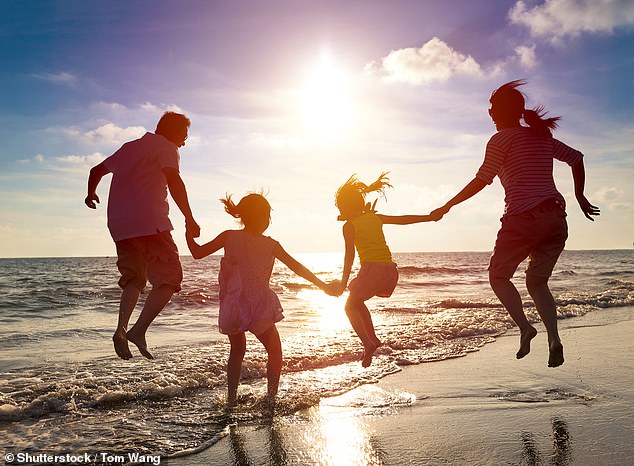 While research published in the journal Stress and Health in 2014 showed most people can recharge their batteries with short breaks, ‘compulsive workers’ don’t get that benefit. (Stock image)

‘People who do activities that are meaningful on holiday get the biggest surge in life satisfaction during and after it,’ says Joe Sirgy, a professor of marketing at the Pamplin School of Business in Virginia.

But should you also check in with work? Professor Cooper says no. ‘If there is something negative going on, you’ll either worry about it or get sucked in trying to fix it.’

But psychologist Portia Hickey says that for some, switching off is not so simple. ‘The need to stay involved with work while on holiday can be driven by natural cognitive processes,’ she says.

‘For example, the Zeigarnik effect is where tasks that are interrupted or unresolved remain in our memory, making them more likely to nag at us.

‘Anxieties about job security can also make us feel that we need to check in.’

Being able to balance a relaxing trip with these thought processes means finding strategies to tackle them.

Portia Hickey suggests focusing your workload on what is really important for a few weeks before you go away. 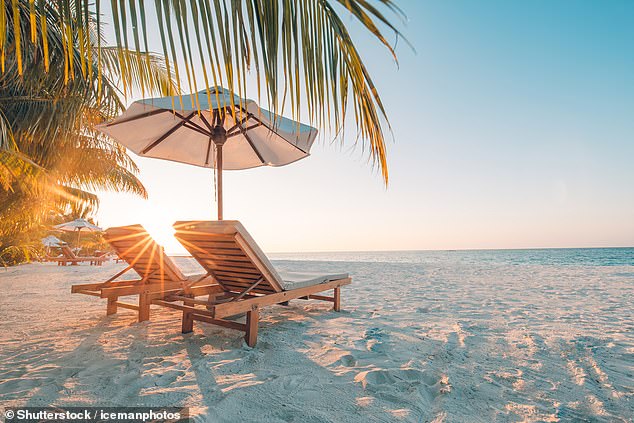 Another study by scientists at Tilburg University in the Netherlands found that some people became physically ill when they took a break. (Stock image)

‘Identify a couple of high-value ‘deliverables’ that are feasible to achieve and that will feel like accomplishments once done,’ she suggests. And if you feel you need to check emails, ‘set aside a specific time, daily or every few days, to do so and allow time to action only the most important or urgent items.

‘Turning off email and text notifications will help ensure you stick to your allotted time.’

If you have anxiety about job security, arrange ‘worry appointments’ for yourself. 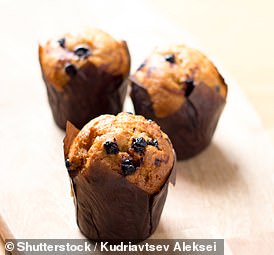 Sultana muffins with carrot and apple

Sneaky ways to add veg without anyone noticing. This week: Sultana muffins with carrot and apple

This recipe makes eight muffins and counts as one of your five-a-day per muffin.

Add two beaten eggs to the mixture, along with 125g sultanas and 50g walnuts (optional). Spoon into paper muffin cases and bake at 200c/gas mark 6 for 20 minutes or until the top is springy.

‘When the worry comes to mind, make a mental or physical note of it to think about at your worry appointment.’

Anxiety about work is one health concern on holiday, but some people become physically ill when they take a break. In 2002, scientists at Tilburg University in the Netherlands named this ‘leisure sickness’.

‘We found that about 3 per cent of people develop health complaints such as headaches, muscle pain, fatigue and nausea within the first few days of taking a holiday,’ says trial author Professor Ad Vingerhoets, a clinical psychologist.

One theory on why this happens is that holidays allow us to notice health issues we have been ignoring.

The other possible explanation is that being permanently busy creates high levels of the hormones adrenaline and cortisol, which can reduce the effectiveness of the immune system. Combine this with the exposure to more, or different, germs and illness takes hold.

Travelling can have its own ill-effects. Research at Vienna University in 2012 found that blood pressure rises for the first day of travel and stays high for the next two days.

Even so, a weekend mini-break can be enough to reduce stress levels, according to research published in the journal Stress and Health in 2014.

In 2015, Jessica de Bloom, a psychologist specialising in occupational health, compared the positive effects on mental and physical health of relaxing after work, spending a weekend at home and having a weekend away.

Her study, published in the Journal of Sustainable Tourism, found that when people travelled, they slept more, were more active, more social and did fewer chores. They also worried less.

On average, the boost to wellbeing from a holiday lasts for between two and five weeks after you return — but you can prolong the benefits.

Book a day out or plan some evenings on the sofa for the few weeks after you return.

A 2011 study from Konstanz University in Germany found teachers who used their spare time to relax once they returned from a trip felt the positive benefits of a holiday for longer than those who just swung back into their daily routine.

Britain hasn't learnt from March and is about to make another 'mistake', SAGE members warn

Covid-19 restrictions could mean elderly in care homes have no visitors for a YEAR, Age UK warns