Britain is officially on a diet. After three years of debates and discussions, the Government has finally committed to a strategy to reduce our national waistline, spurred on by the pandemic.

Boris Johnson’s personal health scare is partly behind the sudden push – in July, the Prime Minister blamed his severe Covid-19 illness, which put him into intensive care, on being ‘too fat’.

And so, in the coming months, we can expect to see a whole range of weight-loss interventions, including a ban on junk- food adverts on TV and online before 9pm, an end to buy-one-get-one-free discounts on sugary treats and calorie counts on menus in large restaurants. 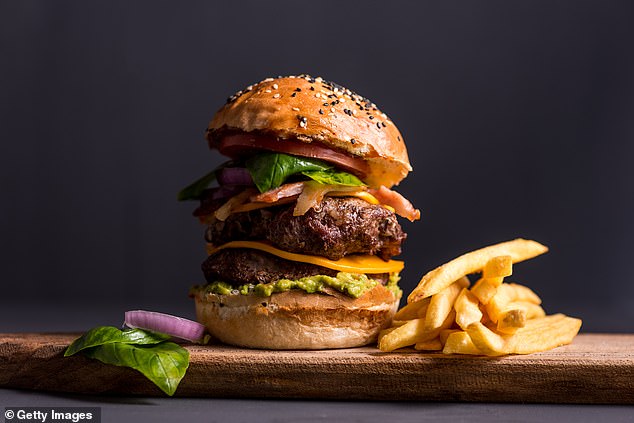 In the coming months, we can expect to see a whole range of weight-loss interventions, including a ban on junk- food adverts on TV and online before 9pm, an end to buy-one-get-one-free discounts on sugary treats and calorie counts on menus in large restaurants

GP practices will also be financially rewarded for referring patients to weight-loss clinics, and tubby Britons will be encouraged to diet and exercise to lose 5 lb over 12 weeks, with the help of a Public Health England app.

But within minutes of the announcement came a roaring backlash. Leading obesity experts deemed every policy ‘short-sighted’, ‘lazy’ and ‘based on no evidence’.

But, as sceptical as I am of such nannying policies, on this occasion I didn’t share in the outrage. Having examined data on the victims of the coronavirus in minute detail for months, it’s impossible to deny the serious risks of obesity. Even if Covid-19 patients don’t have diabetes, heart disease or another illness linked to worse symptoms, just being very overweight means suffering badly. 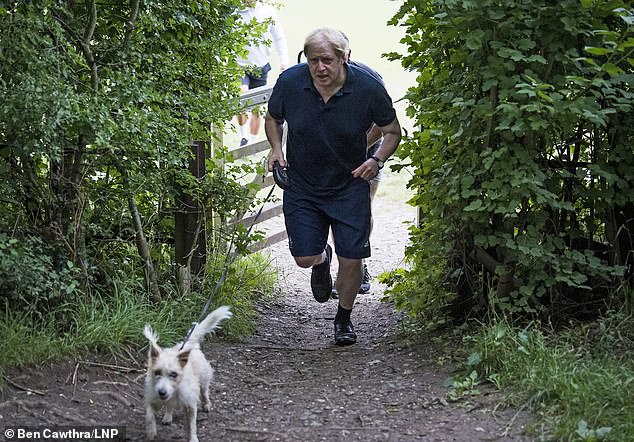 Boris Johnson’s personal health scare is partly behind the sudden push – in July, the Prime Minister blamed his severe Covid-19 illness, which put him into intensive care, on being ‘too fat

I’ve witnessed it first hand, interviewing patients for this newspaper as well as friends who’ve lost parents before their time. With a third of the population now obese – roughly defined as having a body mass index (BMI) score of 30 or more – it is clear something needs to be done.

And some of the criticism of the Government diet plan was, quite frankly, misplaced. For instance, that it was somehow negated by Chancellor Rishi Sunak’s Eat Out To Help Out scheme, in which diners are offered meal subsidies to boost the hospitality industry.

It’s true that offering cut-price McDonald’s and Greggs while pushing a nationwide anti-obesity regime is unfortunate timing. But obesity does not simply result from eating too many burgers, and to suggest so plays into a myth that overweight people are just stupid, greedy and/or poor and so live on junk food.

Another criticism that is not wholly fair is that the policies are not supported by enough scientific evidence. It’s true there haven’t been any persuasive scientific studies that prove that things such as adverts, or money-off promotions on sweets and cakes, directly fuel obesity, but that’s because it’s almost impossible to account for the other factors that influence weight gain.

But just because there isn’t a great deal of evidence to support a public health intervention, it doesn’t mean it isn’t worth trying. 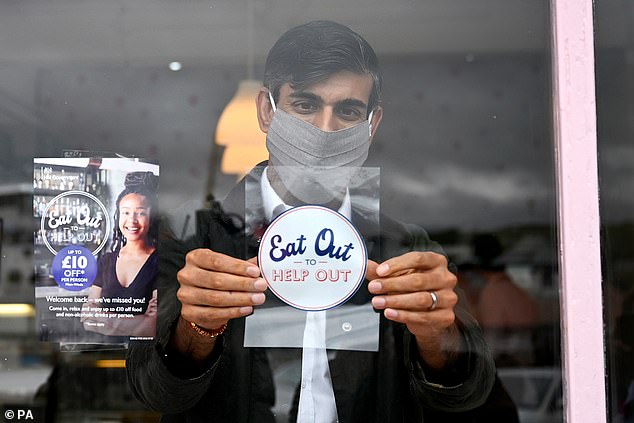 Chancellor of the Exchequer Rishi Sunak, pictured, has a plan offering subsidised meals for people eating out Monday to Wednesday during the month of August

Take the sugar tax, which led to companies substantially reducing the amount of sugar in their products, or the ban on smoking indoors – both proved to be hugely effective. Common sense tells us that banning junk food adverts before 9pm, and stopping cashiers at WH Smith flogging you half-price chocolate when you buy your newspaper, may be a good place to start. But will this, along with 12-week diet plans, solve the most complicated health problem of modern times?

One of the most in-depth analyses of the reasons behind soaring obesity levels in Europe and the US identified more than 20 contributing factors – from lack of access to healthy food to no transport links to disturbed sleep. Children from poorer families are twice as likely than others to be obese, according to a British study of more than 20,000 families. And about 70 per cent of body weight is rooted in our genetics, so some people will find is far harder to shed any excess. ‘Real change needs to come from a society-wide intervention that takes into account everything from education, to poor housing, to financial problems, to psychological conditions,’ says specialist dietician, Alexia Dempsey.

Perhaps this is why similar drives over the past decade to help the nation slim down have had little, if no, effect.

First there was the Healthy Weight, Healthy Lives strategy in 2008, in which £372 million was pumped into NHS weight-loss clinics and advertising campaigns urging Britons to avoid high salt, sugar and fat foods. Then came the Change4Life campaign in 2009, which made free and subsidised access to weight management schemes widely available. There’s also been a ban on junk-food adverts during children’s TV programmes and the introduction of calorie labels on supermarket food. But still obesity levels crept up.

Studies show that 90 per cent of weight-loss attempts don’t work long-term, so what can be done? 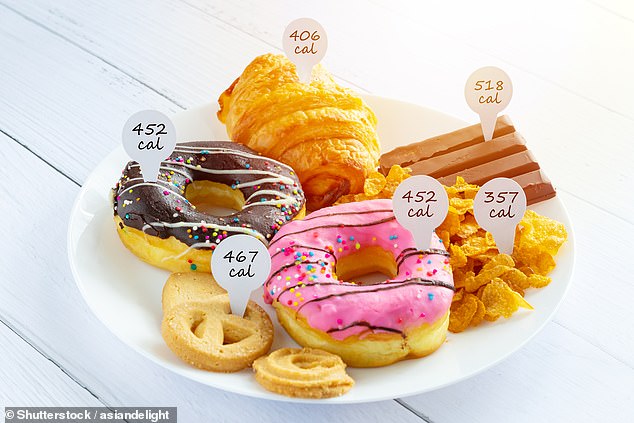 Similar drives over the past decade to help the nation slim down have had little, if no, effect

‘Dieting encourages you to overthink food choices, which causes unhealthy patterns of restricting and bingeing,’ says Dempsey. ‘Most obese people have an emotional relationship with food that needs to be unpicked – long-term psychological support is key.’

Telling people they need to lose weight – which, as part of the Government’s plan, will trigger financial rewards for GPs – is a difficult line to tread. Come down too hard and research shows the majority of patients will actually eat more.

Instead, policies that take the individual out of the equation and force food manufacturers to make their products healthier seem to work. The sugar tax slashed consumption of sugary drinks by 40 per cent.

There are suggestions the policy could be taken further to target a wider range of foods, such as ones that are high in fat and salt.

There is also one new policy I don’t support, because of the obvious risks. Experts warn that putting calorie labels on restaurant menus will be damaging for thousands of Britons with eating disorders.

I appreciate this more than most, having suffered anorexia – an illness that hospitalises 10,000 a year – in my early 20s. At my worst, I used calorie counts to help me consume just enough food to keep me out of hospital.

Studies examining the impact of restaurant calorie counts in the US – where it has been law since 2018 – have consistently shown this kind of thing is widespread.

Last week I asked my Twitter and Instagram followers how they felt about calorie labelling. One, a 45-year-old with anorexia nervosa, said: ‘I automatically choose the lowest calorie option, rather than what I really want.’

Others said they have remained in a state of ‘panic’ and ‘terror’ since the news of calorie labelling broke. Five years after my hospital discharge, I can’t say for certain that I wouldn’t be tempted to veer on the side of restriction. 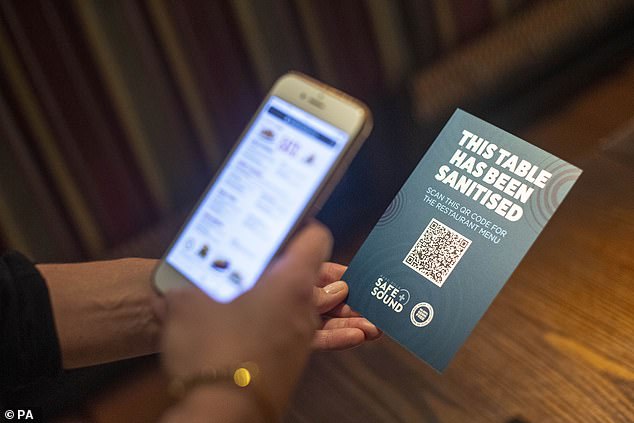 Last week I asked my Twitter and Instagram followers how they felt about calorie labelling. One, a 45-year-old with anorexia nervosa, said: ‘I automatically choose the lowest calorie option, rather than what I really want’

‘The only thing that’s certain about calorie labelling is that it will threaten the lives of people with eating disorders,’ said Andrew Radford, chief executive of eating disorder charity Beat.

In June, the charity – along with other medical bodies – warned Public Health England and No10 of these known risks, but the advice fell on deaf ears. Radford adds: ‘The Government is willing for the lives of people with eating disorders to be collateral damage in their fight against obesity.’

Aside from the fact calorie counts can over or underestimate by up to a quarter, the evidence that they work is mixed.

The most robust analysis, used to support the Government’s policy, concluded that calorie labels could reduce calorie intake by up to eight per cent. But the authors of the research, published in the Cochrane Library, admit the quality of this evidence is ‘low’.

I am cautiously optimistic that we’re headed in the right direction. As for my concerns for the vulnerable minority – well, let’s hope I’m proven wrong.

Every New York team had their own Horace Clarke

Helen Skelton: On the farm host addresses mask concern while in shops ‘I get frustrated'

Why fit, healthy women are the most at risk of long Covid

Killer lung infection that lurks in your compost

Robot and 14 surgeons work on a single cancer patient

HEALTH NOTES: This'll shake you… too LITTLE salt can be bad for us