‘Stick to acting’: Danielle MacDonald reveals the brutal career advice Dolly Parton gave her on the set of the Netflix musical Dumplin’

She’s the Australian-born actress that has made a name for herself in Hollywood starring alongside the likes of Jennifer Aniston and Sandra Bullock.

And on Saturday, Danielle Macdonald revealed what is was like to work with Dolly Parton, 74, on the hit Netflix film, Dumplin’.

Appearing in a shoot for Stellar Magazine, the 29-year-old recalled the brutally honest career advice that the country music superstar gave her. 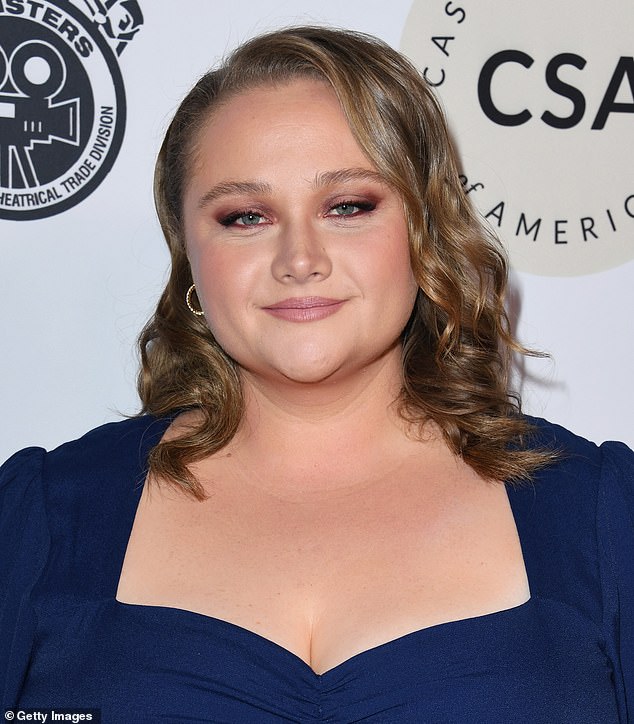 The Birdbox star reminisced about recording the song “Push and Pull” with Dolly and her co-star Jennifer, 50.

‘I cannot sing at all. Jen was way better than I was, she was fearless, she just got in there and was like, “Watch me go!”‘ she said.

‘I’m not a natural-born singer and my terror makes me 51 times worse.’

And while Danielle admitted that the country music star was ‘really encouraging’ and ‘tried to teach’ her, Dolly thought that she shouldn’t pursue a career in singing. 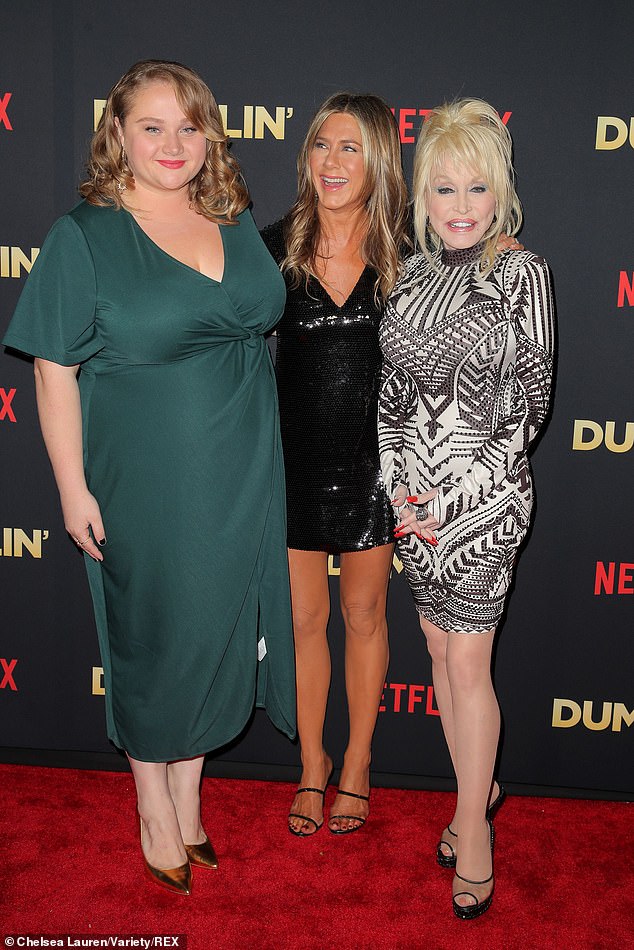 Advice: Danielle recorded “Push and Pull” with Dolly and her co-star Jennifer Aniston and while Dolly  was ‘really encouraging’, she thought that Danielle shouldn’t pursue a career in singing

‘Later she told me to stick to acting, and I said, “OK, good to know. That’s what I planned on doing, I’m only here because of you!”‘ Danielle added.

‘But hey, I sang with Dolly Parton, and if that’s my one and only singing experience in my career, then it’s a pretty great one.’

Set to Dolly’s iconic music, Dumplin’ tells the story of Willowdean (Danielle), a plus-sized daughter of a former beauty queen (Jennifer), who signs up to a beauty pageant as a protest.

In character! Set to the iconic music of Dolly, Dumplin’ tells the story of Willowdean (Danielle) -a plus-sized daughter of a former beauty queen (Jennifer) – who signs up to a beauty pageant as a protest

Danielle stuns on the cover of Stellar magazine in a sheer black dress with a slip underneath.

Her long red locks are loose and she looks glamorous with a full face of makeup including smokey eyes and a pink pout.

The Los Angeles based star is next set to star in Stan’s upcoming film I Am Woman, a film about the 78-year-old Australian singer and activist Helen Reddy.

Read more: In this week’s Stellar magazine on Sale Sunday 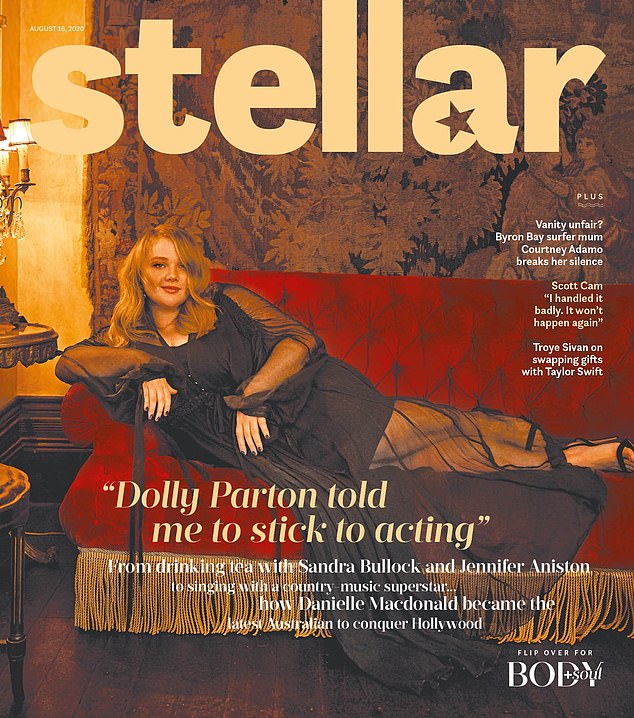 Extra: To read more from Danielle pick up this week’s Stellar magazine on Sale Sunday