By Kevin Kayhart For Dailymail.com

She’s considered among the trailblazers of the modeling industry who helped put the ‘super’ in the ‘supermodel’ title in the 1980s and beyond.

But on Friday Cindy Crawford appeared more than happy to play the role of doting mother when she headed out to do some shopping with son Presley Gerber in Malibu.

And while she quit full-time modeling two decades ago, the 54-year-old looked like she could still command the catwalk decked out in a casual-cool ensemble. 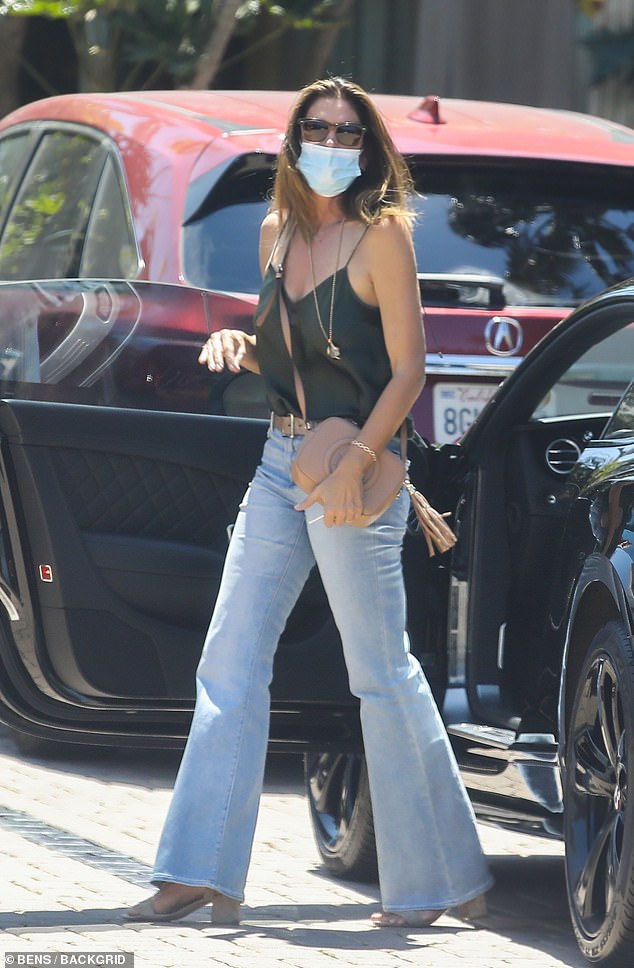 Supermodel OG: Cindy Crawford, 54, stepped out looking casual-cool to do some shopping with son Presley Gerber in Malibu on Friday

The Illinois native, 54, stepped out of her car in light-blue, flared jeans and a dark spaghetti-strap top that both helped showcase her fabulous figure.

She also donned a pair of beige, open-toe heels, a long necklace that fell below her cleavage and had styled her brown tresses long and with a center part.

With the glaring down on yet another warm and sunny Southern California day, she periodically wore stylish dark sunglasses. 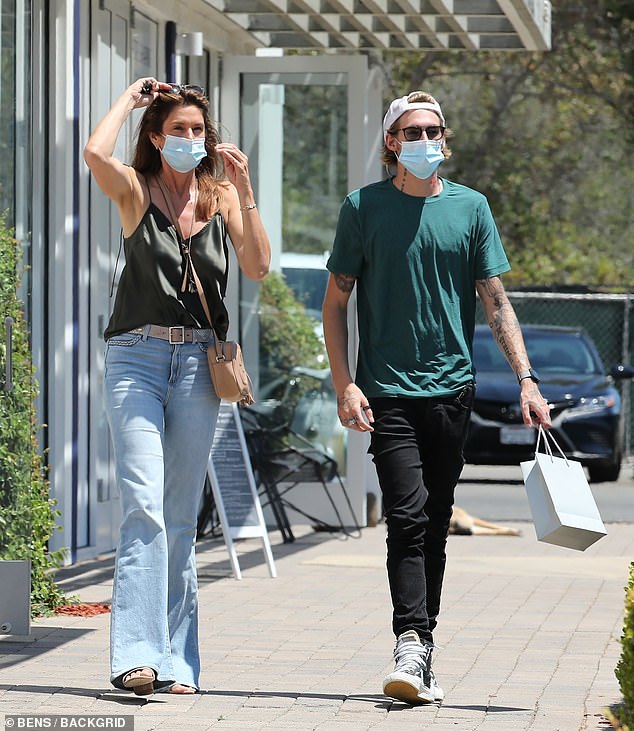 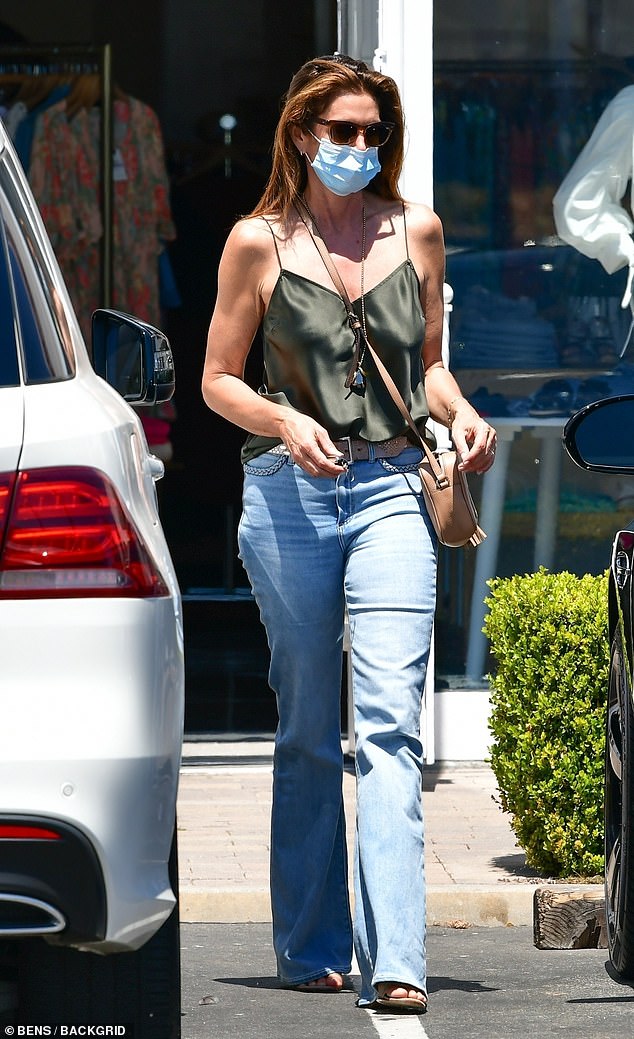 Casual-cool: The former supermodel showed off her fab figure in a dark spaghetti-strap top and light-blue, flared jeans and open-toe heels

She wasn’t as liberal with her light-blue protective mask, which stayed over her nose and mouth at all times while out in public.

Gerber, who has followed in his mother and father’s footsteps with a career in modeling, kept it casual in the fashion department by wearing black jeans, an emerald t-shirt, black sneakers and a baseball cap in backwards.

He too wore stylish sunglasses and, in accordance to health and safety protocols amid the COVID-19 pandemic, donned a mask. 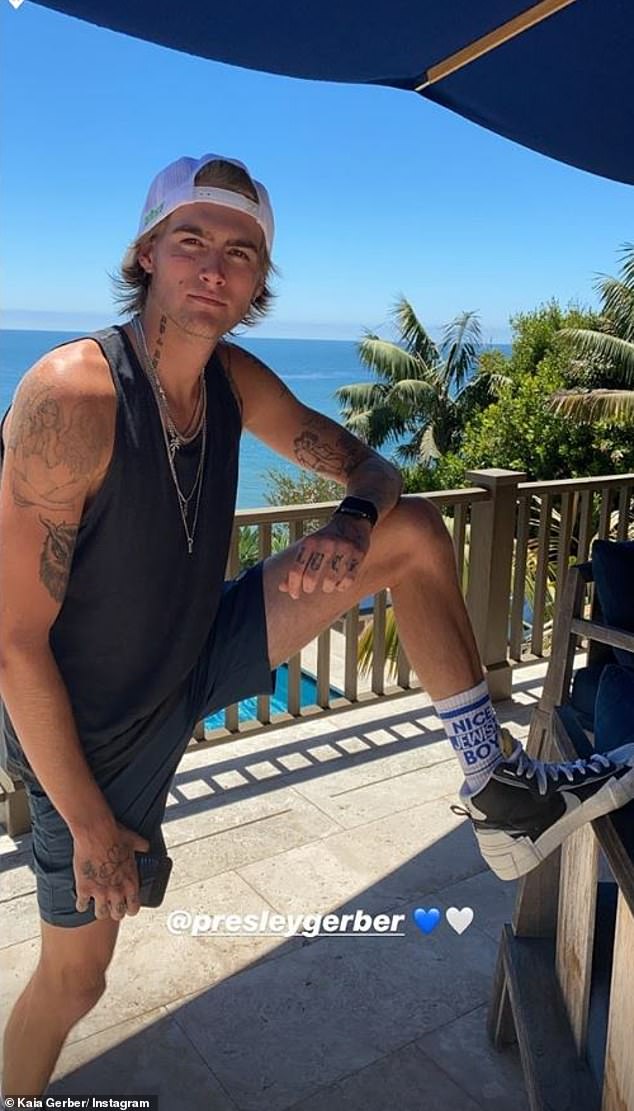 Family business: Presley Gerber has followed in his mother and father’s footsteps by going into the modeling industry 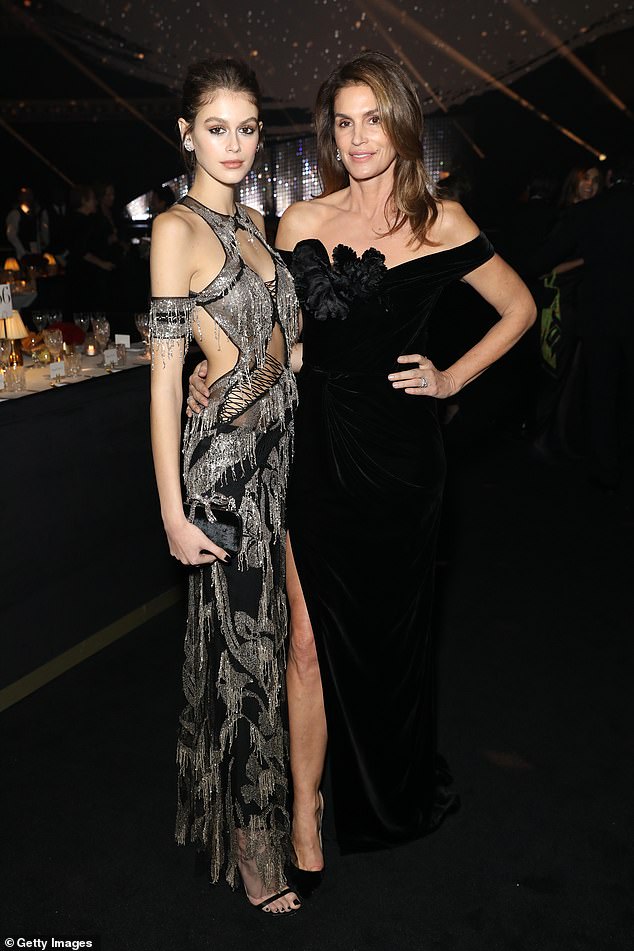 Family business: Crawford’s look-a-like daughter, Kaia Gerber, 18, is a rising star in the modeling industry; mother and daughter are pictured in December 2018

The pair made the rounds, stopping to browse at a number of storefronts on the way to and from an optical store, where it appears Gerber made at least one purchase of new glasses.

Crawford also has a look-alike daughter, Kaia Gerber, who’s a rising star in the modeling industry, with husband and businessman Rande Gerber.

Over the past five months of quarantine, lockdowns and closures, Presley has been seen working at his father’s Malibu restaurant, Cafe Habana, oftentimes alongside his girlfriend Sydney Brooke.

Crawford and Gerber celebrated their 22nd wedding anniversary in May. 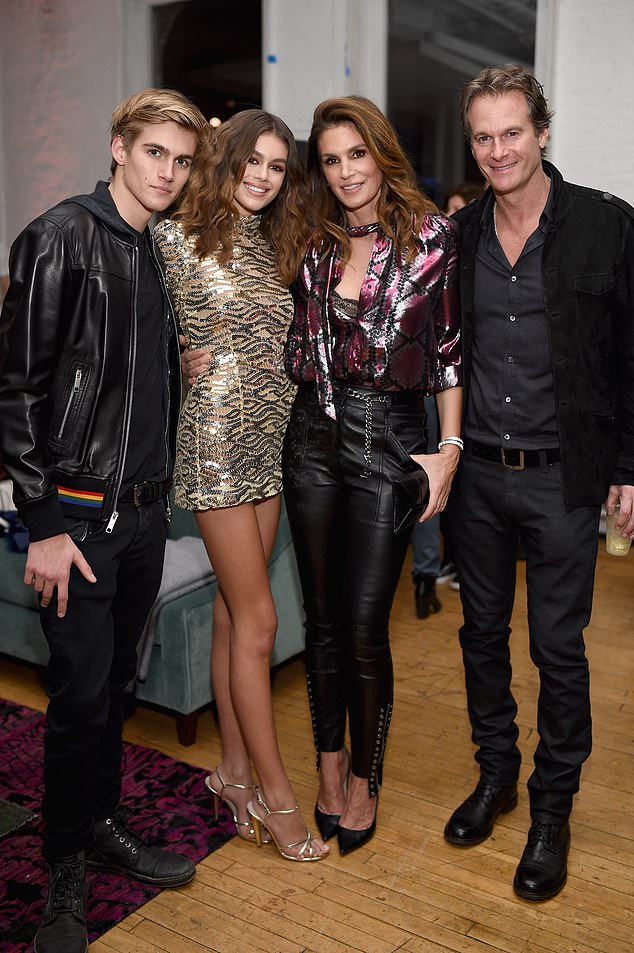 Going strong: Crawford and husband and businessman Rande Gerber, 58, celebrated their 22nd wedding anniversary in May; the family is pictured in February 2017

The Block's Darren Palmer is 'blown away' by bathroom reveal