By Roxy Simons For Mailonline

Catherine Zeta-Jones and Michael Douglas were seen enjoying a trip to Mallorca with their daughter Carys, 17, on Sunday last week.

The actress, 50, and Wall Street star, 75, looked relaxed as they spent time on a luxury yacht alongside their youngest child, their son Dylan, 19, didn’t appear to be with them on the trip.

Putting on a stylish display, Catherine stepped out in a chic red and chiffon summer dress that had a floral print and long, billowing sleeves. 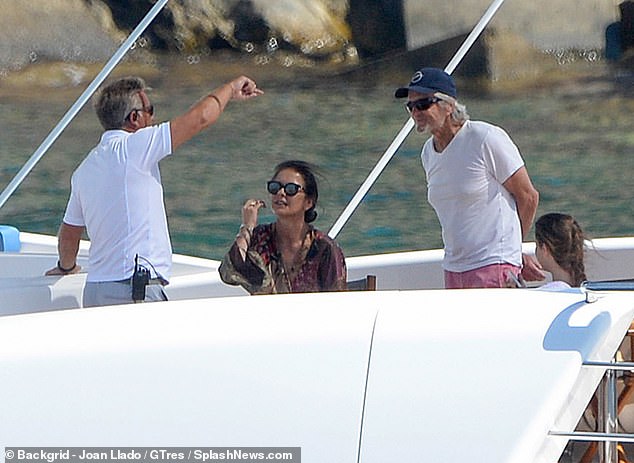 Trip: Catherine Zeta-Jones put on a stylish display in a red floral print dress as she enjoyed an outing on a luxury yacht with husband Michael Douglas in Mallorca, Spain, on Sunday

Catherine pulled her raven tresses back into a loose bun and she shielded her eyes from the sun with a pair of stylish shades.

Meanwhile, Michael opted for a more casual ensemble as he teamed a simple white t-shirt with pink shorts, and he covered his silver locks with a blue baseball cap.

The couple were seen chatting to a staff member on the yacht, with Michael maintaining a 2m distance from him. 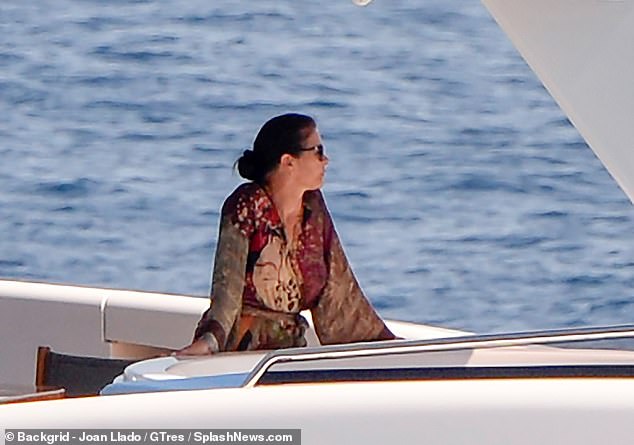 Chilling out: Catherine pulled her raven tresses back into a loose bun and she shielded her eyes from the sun with a pair of stylish shades as she relaxed on the boat

Catherine and Michael will reach their 20-year milestone on November 18, and in a recent interview with PEOPLE Magazine, the Welsh actress revealed it will be a strictly socially-distanced affair due to coronavirus.

‘We won’t be doing any great big party,’ Catherine tells the publication. ‘Not that I’m a big party fan anyway. It would be nice to get all our friends together in one space, but we’re not doing that until we’re completely out of the woods.

‘So I will raise my mask and let my husband passionately kiss me, then I will put it firmly back on.’ 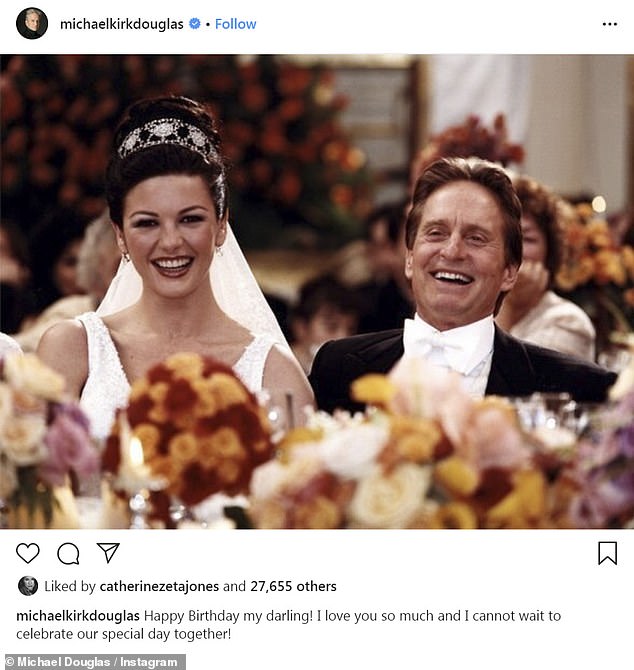 Put your mask on: The happy couple recently revealed they are set to celebrate their 20th wedding anniversary this year, but they’ll be doing it lockdown-style

Catherine revealed that the pair have been in lockdown with their two children, and she remarked that she’s been ‘loving’ the family reunion as Dylan has been away studying at college while Carys attends a school in Switzerland.

Catherine and Michael first met one another in 1998, and their relationship immediately caught attention due to their 25-year age-gap.

In 2019, Michael made a light-hearted joke about it on The Ellen DeGeneres show quipping: “Catherine, my wife, and I have the same birthday,’ adding: ‘Twenty-five years apart, the same day, but who’s counting?’ 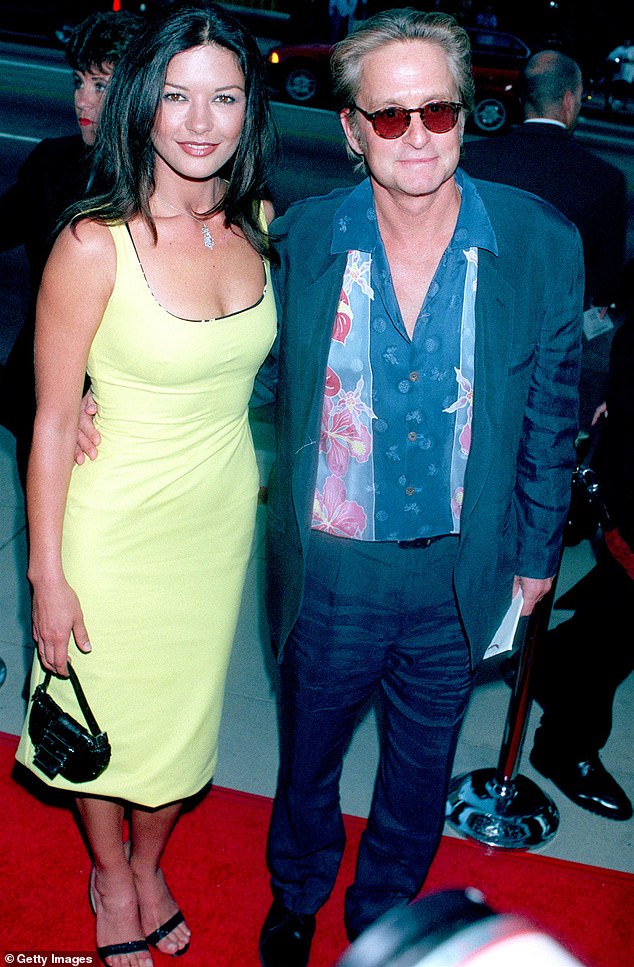 Young love: Catherine and Michael first met one another in 1998, and their relationship immediately caught attention due to their 25-year age-gap (pictured above in 1999)