‘I didn’t care at all if I never played football again’: Angel Di Maria reveals he was ready to risk his career to play in 2014 World Cup final – after Real Madrid demanded he sat out biggest game of his life in letter to Argentina

By Chris Cutmore for MailOnline

Angel Di Maria has spoken of the torment he went through when Real Madrid tried to prevent him from playing in the 2014 World Cup final.

Real were trying to sell Di Maria and they did not want to risk a valuable asset suffering a serious injury that would jeopardise any potential sale, as he had already picked up a minor thigh muscle tear in the quarter-final, which ruled him out of the semi-final win over Holland.

Di Maria told of how Real sent Argentina’s management a letter demanding that he did not play, and that Di Maria was left in tears at the prospect of missing the biggest game of his career. 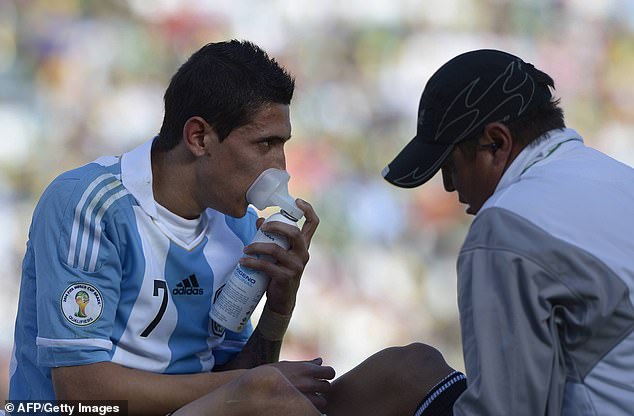 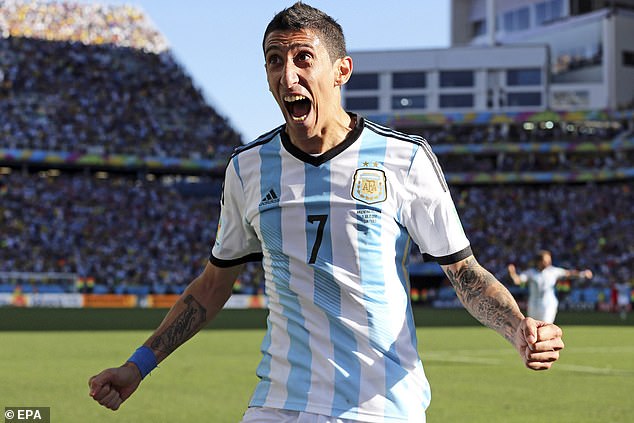 ‘The only three who know the truth are doctor Daniel Martinez, [then team boss] Alejandro Sabella and me,’ Di Maria said in an interview with Telefe, via Goal.com.

‘I had a tear in the game against Belgium, I was at about 90 per cent.

The leg wasn’t totally right, but I wanted to play and I didn’t care at all if I never played football again.

‘It was one of the things I was told could happen, but for me it was the World Cup final, it was my final.

‘I knew [Real Madrid] wanted to sell me, and so the letter arrived. Daniel told me it was from Real Madrid, but I didn’t even want to look at it and I tore it up.

‘I went to talk to Alejandro and I told him, crying, that I wasn’t at 100 per cent. I knew he loved me and that he wanted me to play, but he sought the best for the team.

‘I was going to have an injection. I wanted to try. But after the meeting, he decided to play Enzo Perez in my place.’ 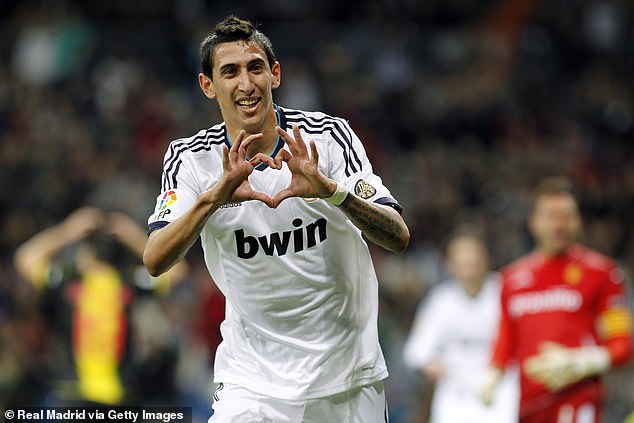 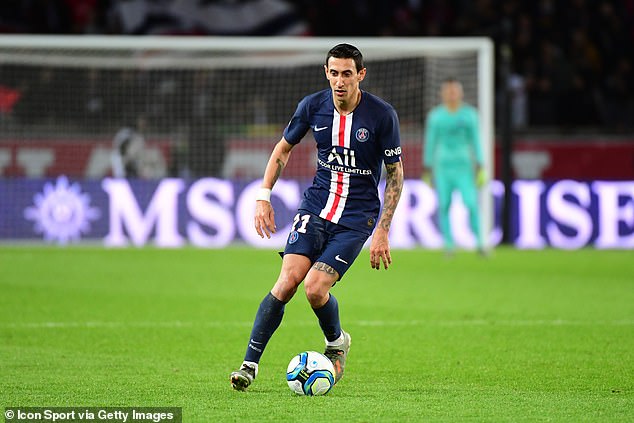 He is now at Paris Saint-Germain, following an ill-fated move to Manchester United

In the end Di Maria was an unused subsitute in the final, Real got their way, and Argentina lost 1-0 to Germany.

Di Maria soon moved to Manchester United, with James Rodriguez signed as his replacement at the Bernabeu.

Neither transfer has worked out well, with Di Maria, now 32, shipped off to PSG and Rodriguez seemingly having no future at Real.