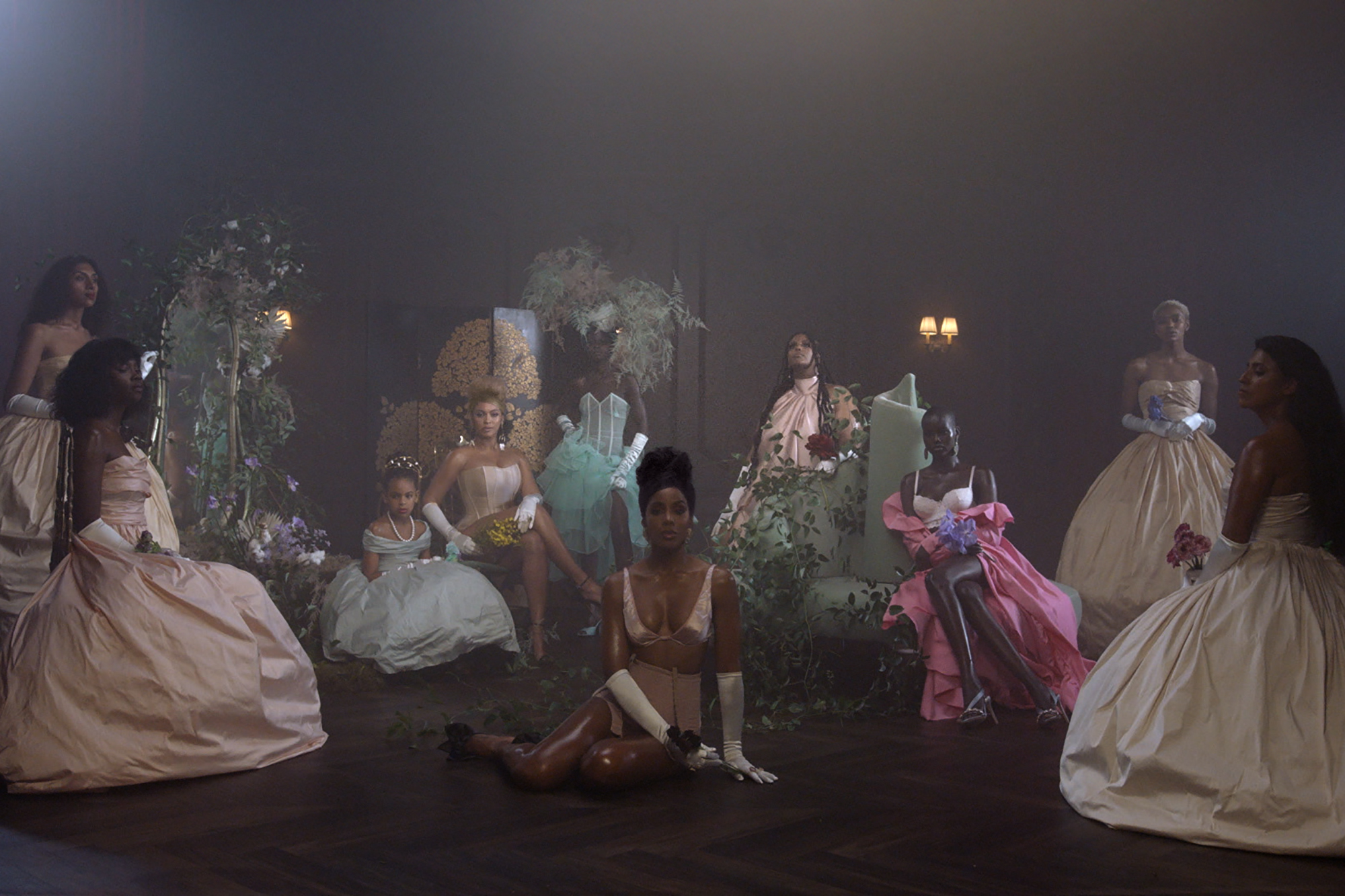 But the real star support comes from Blue Ivy, Bey and Jay’s 8-year-old daughter — who finally gets her close-up in the film, which premiered Friday on Disney+.

Here, we break down each of the breakout moments of the little girl who was born into music royalty.

1. Blue Ivy makes her first appearance being lovingly cradled and kissed by her mother while sitting on the beach as Beyoncé sings about the nature of “legacy” in the opening number “Bigger.”

2. Next, sparkly Blue Ivy takes a chill twirl, as if dangling from a mobile, while Mama does all the hard work busting move after move in “Find Your Way Back.”

3. In a sweet mommy-and-me moment, Blue Ivy plays patty cake with Queen B in a field as mother and daughter rock matching florals.

4. In “Brown Skin Girl” — the award-winning “Lion King: The Gift” track on which she made her singing and songwriting debut — the 8-year-old strikes a pose with B and her Destiny’s Child pal Kelly Rowland, then has a family photo op with her mother, grandmother Tina Knowles and 3-year-old sister, Rumi.

But Blue Ivy gets her solo spotlight at the end, donning a gold crown, pearls and ballgown.

5. Joining some fierce femmes in a show of sisterly strength on “My Power,” Blue Ivy makes like a junior Beyoncé in a colorful costume that matches one of her mom’s.

6. Looking pretty in purple, Blue Ivy joins Bey, an army of dancers and a gospel choir for the big finish, “Spirit.”

Mel Gibson is reportedly making ‘Passion of the Christ’ sequel

Medics and teachers left unable to get a coronavirus swab

NYC residents talk to Lawrence Jones about increase in crime, squalor: 'It's before the Giuliani...