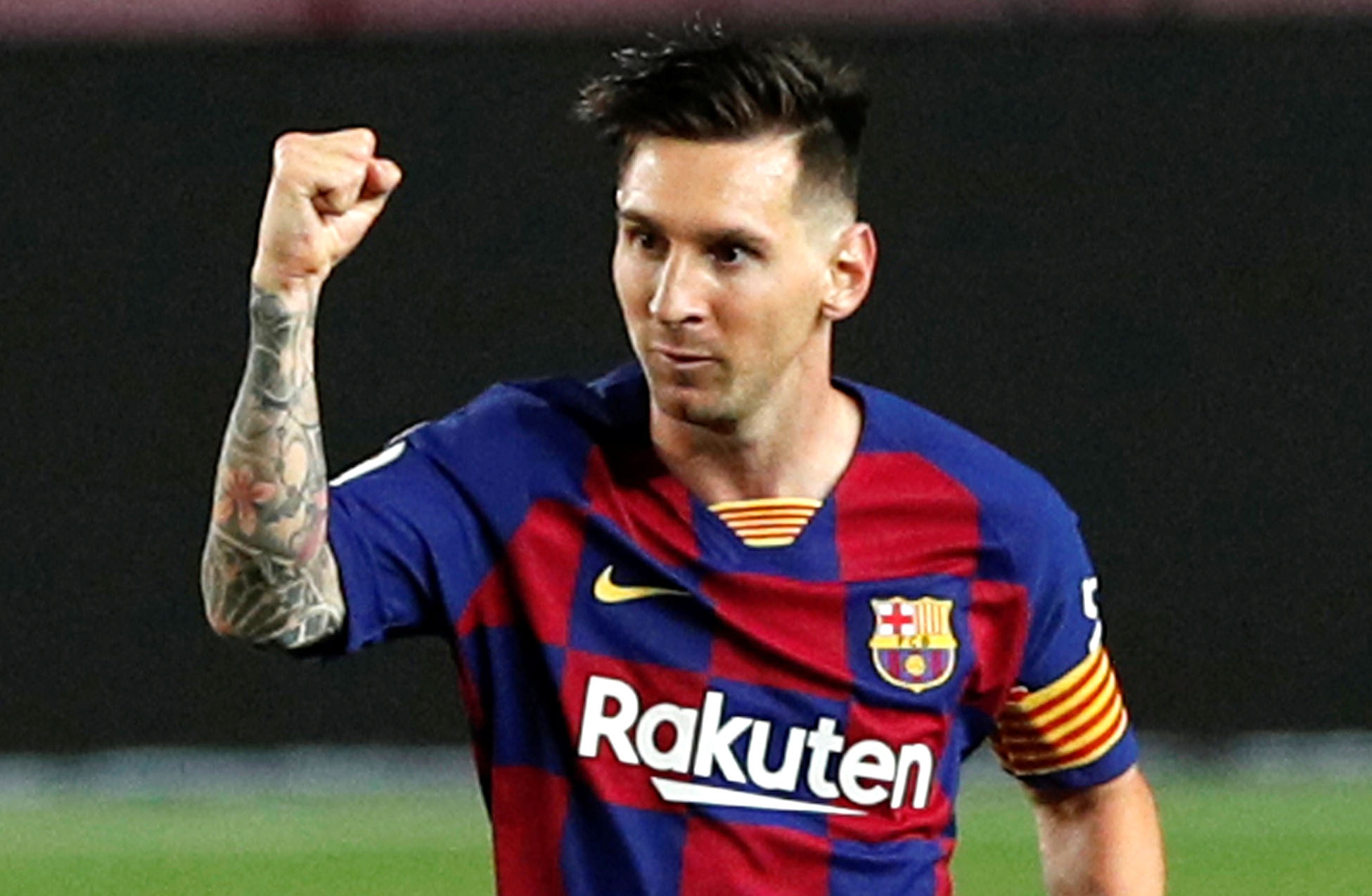 BARCELONA, Spain — Lionel Messi scored his 700th career goal for club and country before Atletico Madrid came back to draw 2-2 in the Spanish league on Tuesday and deal Barcelona’s title hopes a major blow.

Barcelona’s third draw in four rounds left it in second place, one point behind leader Real Madrid. Madrid hosts Getafe on Thursday with a chance to open up a four-point lead with five more matches remaining.

Barcelona was two points ahead of Madrid when the league was halted in March because of the coronavirus outbreak.

While Madrid has won five of five since the resumption after a three-month stoppage, Barcelona has only won three of six. The pressure is increasing on coach Quique Setién, who took over the team in mid-season with the task of rekindling its attacking spirit.

“It is too bad because we keep dropping points and getting further and further away from the title,” Setién said. “But we have to keep fighting.”

Barcelona struck first in the 11th minute when Atlético striker Diego Costa inadvertently redirected a corner by Messi into his own net.

Costa’s night got worse shortly after when his penalty was blocked by Marc-Andre ter Stegen. Atlético, however, got to retake the spot kick when a video review determined that the Barcelona goalkeeper had moved off his line too early.

Saúl Ñíguez stepped up instead of Costa on the second attempt and converted to level the score in the 19th.

Messi restored the host’s lead in 56th by coolly scoring a penalty in the “Panenka” style, chipping it softly past goalie Jan Oblak. The goal was Messi’s 630th club goal to go with 70 for his Argentina. It was also his league-leading 22nd goal of the season.

Atlético responded again through the speed of forward Yannick Carrasco, who was tripped by Nelson Semedo and sent Saúl back to the spot. Ter Stegen got a hand on his penalty but not enough to keep it out.

Diego Simeone’s Atlético remained undefeated in the six matches since the competition resumed. It stayed in third place, 12 points behind Madrid.

Simeone left forward João Félix on the bench until the second half in favor of the in-form midfielder Marcos Llorente, who is thriving in support of the attack.

Llorente led the attack early on, but Carrasco with his speed on the left flank proved to be the visitors’ biggest weapon. Twice the Belgian forward burst into the box on a counterattack and was taken down by late tackles from Arturo Vidal and Semedo.

“Carrasco came back from the stoppage in better shape, and is now back to playing at his best level,” Simeone said about his forward, who is in his second stint with the club.

Setién opted for leaving Messi and Luis Suárez alone up front and adding an extra midfielder in youngster Riqui Puig, keeping forwards Antoine Griezmann and Ansu Fati on the bench. Puig had one of his best performances for Barcelona, showing his passing and ball control skills as he linked up well with Messi and his other teammates.

Barcelona is not blowing out rivals like it used to, but its main problem is its failure to protect leads. It also went ahead twice at Celta Vigo on Saturday only to concede twice to draw 2-2.

“All the games that are left are super important and all points we drop hurt our chances,” the 20-year-old Puig said after his second straight start. “The other day the same thing happened, they were able to fight back in games we were winning thanks to our silly mistake or lapses in concentration.”

Messi helped put Barcelona ahead when he struck a corner low and hard at the near post, where Costa tried to clear it but instead let it hit the inside of his leg. The ball bounced off the turf and left Oblak no chance.

Before his penalty, Messi almost curled in a shot from the right side that came inches from bending into the far corner of the goal.

Barcelona’s best chance to get the winner came from Vidal, who fired a shot just by the post with 20 minutes to go.

Teacher, 49, arrested for ‘performing sex act on boy,15, at graduation party’ before she was confronted by his mom

Nets GM: Jacque Vaughn not being judged on ‘wins and losses’